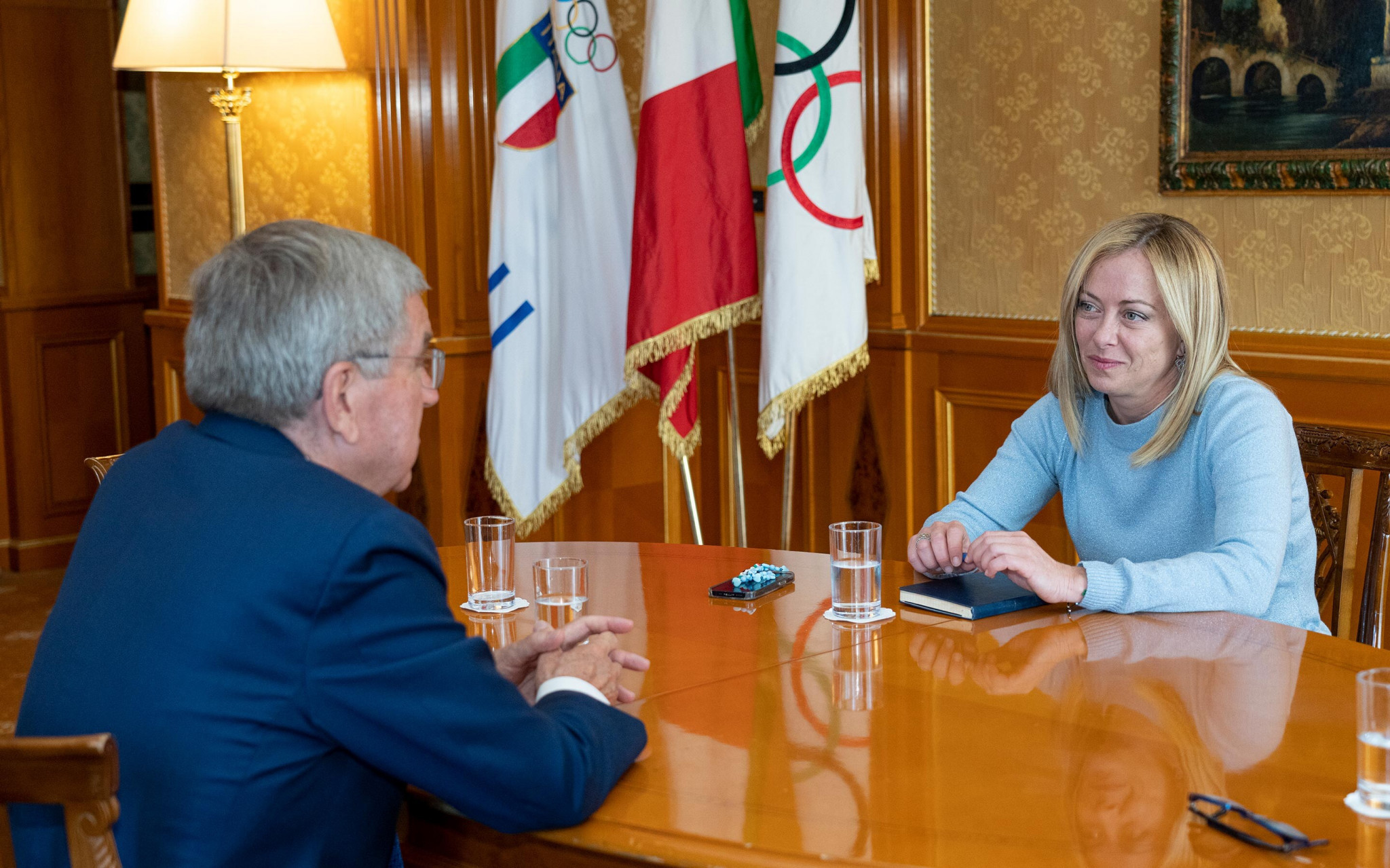 The latter met Meloni - whose far-right Brothers of Italy party heads the coalition that won a majority in last weekend's general election in both the Senate and the Chamber of Deputies - in Rome, with the 2026 Winter Games top of the agenda.

"These Games are very important for us," Meloni said.

"Italy is more than able to stage magnificent Games, and we want to impress the world again.

Bach thanked Meloni for her support for the Olympic Movement.

"We are committed to a very close and trusted cooperation, to make these Olympic Winter Games Milano Cortina 2026 a resounding success for Italy, and for the entire Olympic Movement," he said.

During the hour-long meeting, the two also agreed on the importance of the autonomy of sport.

Meloni is being widely regarded as Italy's most right-wing leader since Benito Mussolini.

Cortina d'Ampezzo had been due to stage the Winter Olympics under Mussolini's watch in 1944, but because of the outbreak of the Second World War never did so.

Turin was the last Italian host of the Winter Olympics, in 2006.