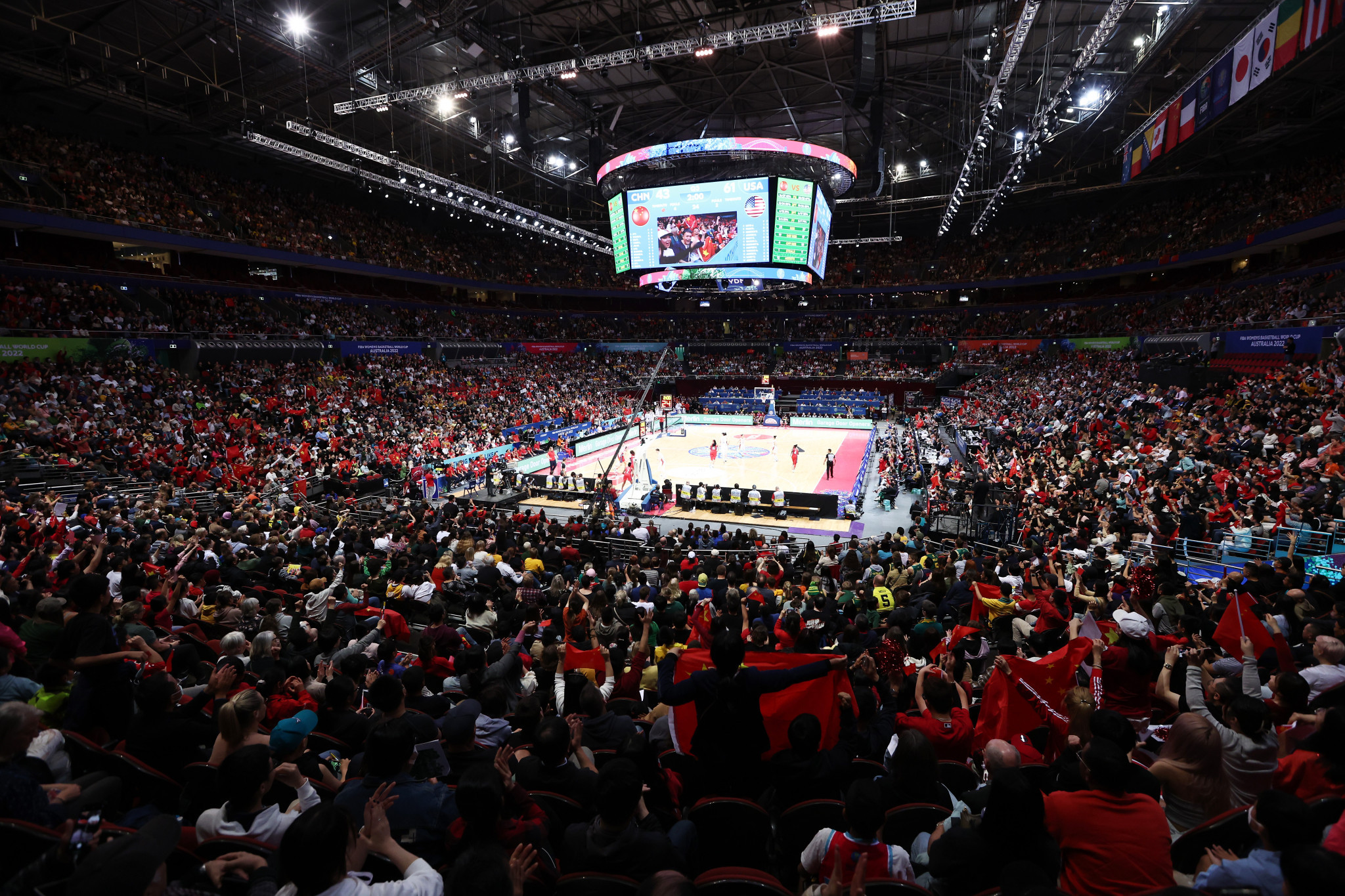 Organisers announced the cumulative total shortly after 15,895 spectators watched the United States win the World Cup for the fourth time in a row at the Sydney SuperDome.

That attendance is a single-game record, believed to have broken a mark set at the inaugural Women's Basketball World Cup in Chile in 1953.

This World Cup's total attendance was more than double the number of fans that went to matches at the 2018 edition in Spain.

"I think - I can only speak with one voice, but on behalf of both of David Reid, the chairman of the Local Organising Committee and myself - we’re extremely happy to have a sold out final day with the third-place game and the final to be attended by approximately 16,000 fans of women’s basketball," International Basketball Association (FIBA) secretary general Andreas Zagklis sad before the US beat China 83-61.

"One of the most significant wake up calls I had in the early stages of this project was Lauren Jackson telling me that when we hosted the last Women’s World Cup here in Sydney in 1994, she was a spectator," Reid added.

"She told me early in the project when we were bidding that she saw that level of competition when she was a young girl here and that motivated her significantly to be the fantastic player and the international name that she is.

"We’re hoping that many of our young female participants in the sport will see that player, will see that referee, will see those administrators involved in the game and many of them are volunteers as well."

Four-time Olympic medallist Jackson came out of six years of retirement to play for Australia in this year's World Cup.

The Women's Basketball World Cup is one of more than a dozen major events Australia is due to host in the next decade, including the 2032 Olympic and Paralympic Games in Brisbane.

FIBA is yet to select a host for the 2026 Women's Basketball World Cup.