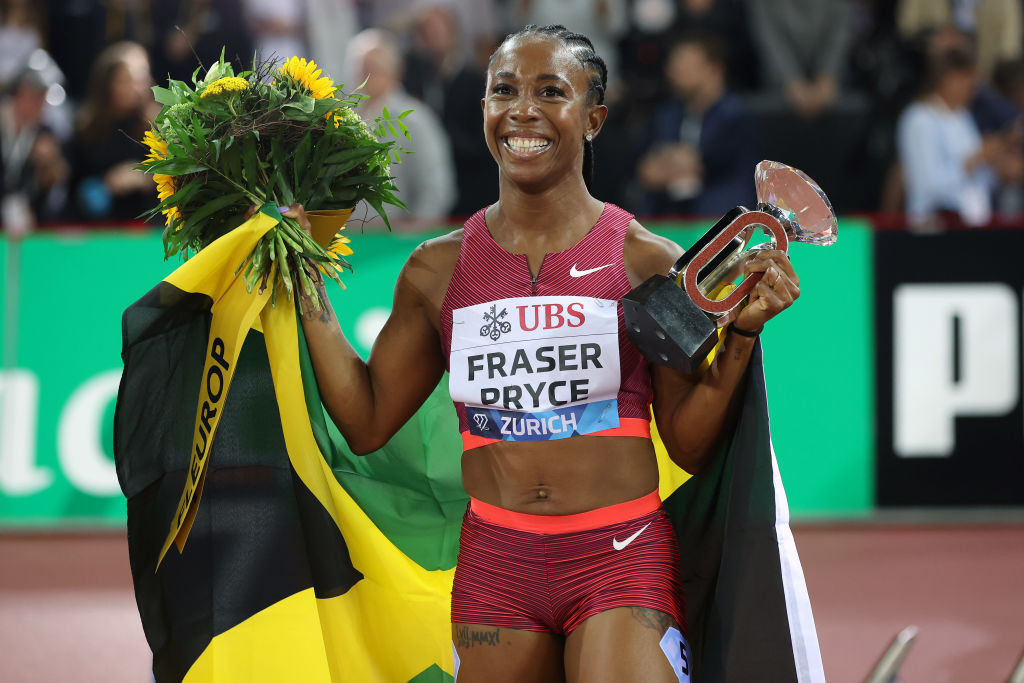 Nine years after being voted Women's World Athlete of the Year, 35-year-old Jamaican sprinter Shelly-Ann Fraser-Pryce is in line for a possible repeat of the honour, while world champion pole vaulter Mondo Duplantis of Sweden and Kenyan marathon star Eliud Kipchoge have made the cut among men.

Also in line to win a second title is Venezuela's Yulimar Rojas, who bettered her own world triple jump record of 15.67m - set in winning the previous summer's Olympic title in Tokyo - when she won the world indoor title with 15.74m.

Rojas later made a successful defence of her world title with a best of 15.47m and added the Diamond League title.

Earlier in the year she also set a national record of 6.81m in the long jump.

Only three women athletes, all of whom are now retired, have won this award more than once - Russia's Yelena Isinbayeva has earned it on three occasions and sprinter Marion Jones and 400m runner Sanya Richards-Ross, both of the United States, have won it twice.

Also nominated after a breakthrough year is Fraser-Pryce’s compatriot Shericka Jackson, who earned her first global gold in winning the world 200m title in 21.45sec, putting her second on the all-time list behind the late world record holder Florence Griffith-Joyner of the United States.

Jackson added victory over the longer sprint in the Wanda Diamond League final.

In a particularly strong year for women's athletics, Sydney McLaughlin of the United States established her strong case for the accolade after lowering her own world 400m hurdles record to 51.41 at the US Championships and then shattering the mark again as she won the world title in 50.68.

She was also part of the victorious United States 4x400m women's relay team.

She followed up with a second world outdoor silver and European gold in Munich before jumping a 2022-leading 2.05m to equal the Ukrainian outdoor record.

Kenya's 1500m runner Faith Kipyegon also had an extraordinary season, retaining her world title and earning the Diamond League title as well as running the fastest time in 2022, a Kenyan record of 3:50.37 that was just three tenths of a second off the world record.

Chase Ealey of the United States won world indoor shot put silver and followed up with world outdoor gold on the home ground of Eugene, as well as throwing a 2022 best mark of 20.51m and winning the Diamond League title.

Kimberly Garcia was a historic double winner for Peru at the World Athletics Championships as she secured her country's first medal in the competition after excelling in the 20km race walk and then added the 35km race walk title.

Among men, the unstoppable Duplantis made the cut after improving his own world record to 6.19m and 6.20m indoors, and then 6.21m outdoors.

Meanwhile, Kipchoge improved his world marathon record to 2:01:09 and won the Berlin and Tokyo marathons.

Javelin star Anderson Peters of Grenada made the shortlist after winning the world title and following it up with a silver at Birmingham 2022 Commonwealth Games.

A three-way voting process will determine the finalists.

Voting for the World Athletes of the Year closes at midnight on Monday 31 October.

At the conclusion of the voting process, five women and five men finalists will be announced by World Athletics.

The winners will be revealed on World Athletics' social media platforms in early December.