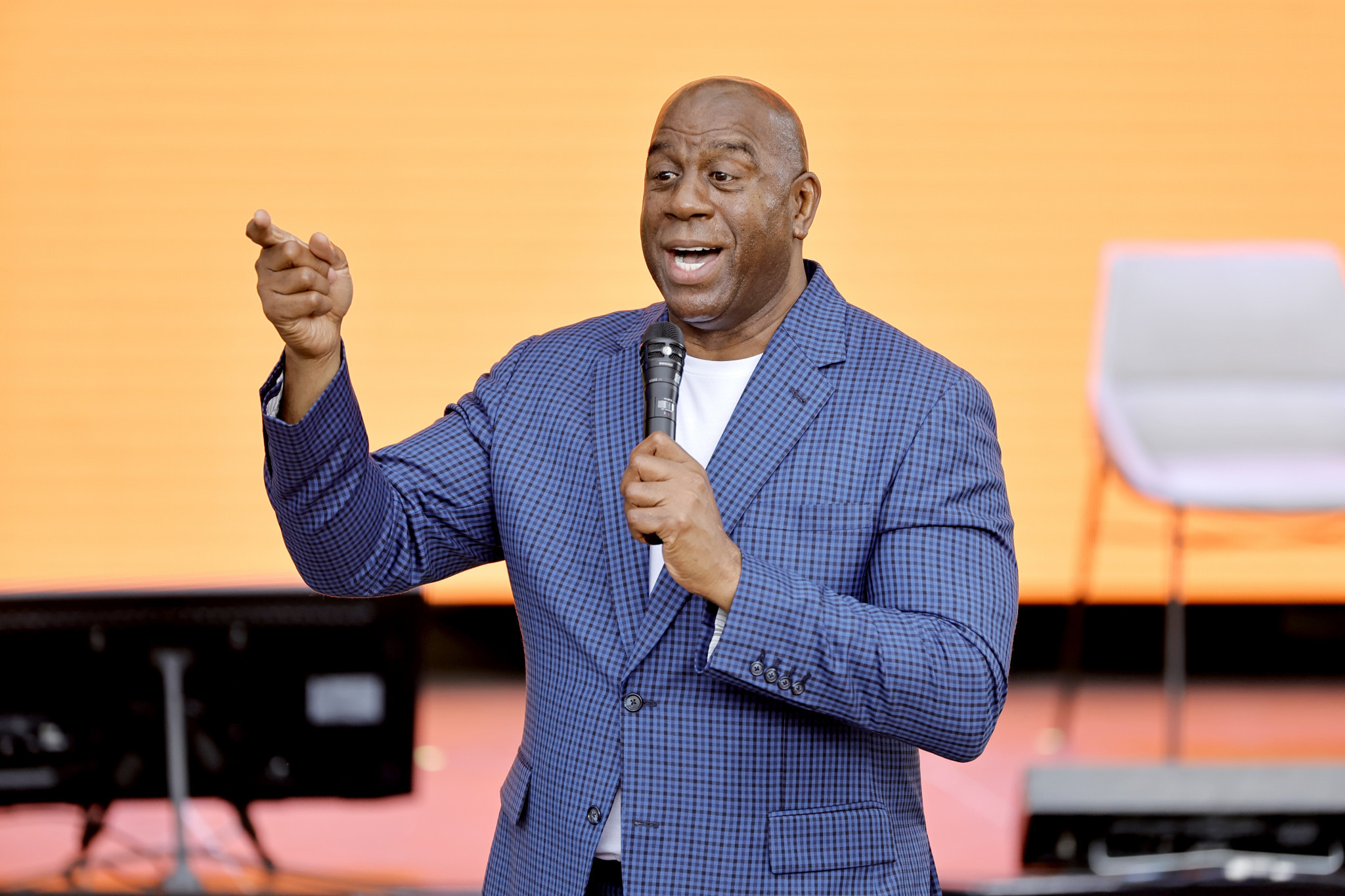 Olympic basketball gold medallist Earvin "Magic" Johnson has been appointed by Global LA as a celebrity ambassador it is claimed can help attract business to the city before the 2028 Olympics.

Its stated mission is to attract investment to Los Angeles and The Walt Disney Company is a founding member.

"I’m looking forward to working with Global LA, the Mayor’s office, and the one-of-a-kind business community here to bring international companies to Los Angeles, and to bring jobs and economic growth to our underserved neighborhoods," Johnson said.

"This has been the foundation of my company Magic Johnson Enterprises and I look forward to seeing the difference we can make in this incredible city."

Johnson was a member of the United States men's basketball team that won the gold medal at Barcelona 1992 - the so-called "Dream Team".

Johnson had retired from basketball the year before following an HIV diagnosis, but returned to the court and after the Olympics would return to the National Basketball Association (NBA).

Johnson is a five-time NBA champion and was thrice named the league's Most Valuable Player (MVP).

The MVP and championship honours all came in Los Angeles Lakers colours.

Johnson is also on the Board of Directors at Fanatics, the sportswear manufacturer and retailer contracted to provide volunteer uniforms and operate retail stores come the 2028 Olympics and Paralympics.

"Earvin 'Magic' Johnson symbolises so much of what makes LA great: he used his platform as a world-famous athlete to create a thriving business empire and continues to give back to the communities that supported him through thoughtful investments," Global LA chief executive Debbie Adler said.

"As Global LA's ambassador, his support in connecting with international CEOs will help to tell the story of why LA is the best city in the world for innovative and ambitious business leaders."

Garcetti is on his way out of the Mayor's office.

A successor is due to be elected this week, while Garcetti has been put forward as the United States ambassador in India but that appointment is still awaiting Senate confirmation.