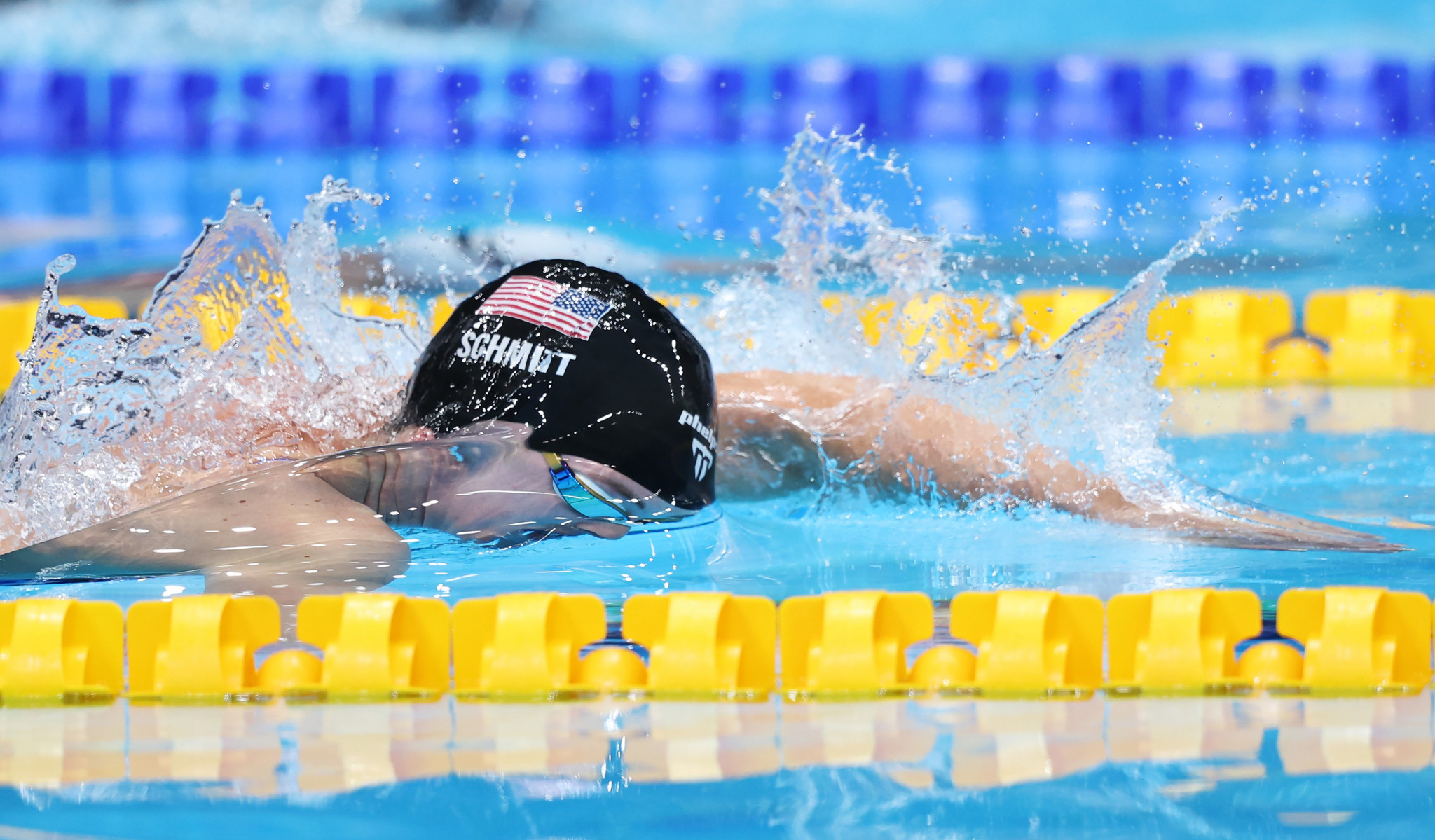 The sessions, organised by TrueSport, USADA's outreach programme, were aimed at student-athletes.

"As athletes we are so used to listening and doing what we are told to get to our goal that we sometimes get lost," Schmitt told insidethegames.

Schmitt won 12 Olympic medals including individual 200 metres freestyle gold in 2012 and a further three gold medals in relay events at London 2012 and Rio 2016.

She admitted experiencing problems with mental health after 2012.

"I felt like speaking about mental health was complaining, so I internalised that and suppressed it," Schmitt recalled.

Schmitt decided to speak out on the subject of mental health after her cousin April Bocian took her own life in 2015.

Bocian had been a promising basketball player at Kennedy Catholic High School in Hermitage, Pennsylvania.

Her school has subsequently held events to promote awareness of mental health including a special match in her memory.

"Even though she wasn’t on earth to share that story, I could."

The seminar also heard from Tokyo 2020 Paralympic rowing silver medallist Nordin who admitted that competing in front of empty stands had been difficult.

"The turning point in my career was when I started to treat my mental health the same as my physical - it took way too long," Nordin told insidethegames.

"I hope I can encourage kids to take it a little bit more seriously," he added.

Medical specialists and student-athletes also spoke at the seminar, including Dr Candice Williams, director of mind health and wellness for the Boston Celtics basketball team.

"The time is now, over the last years we have seen a number of student-athletes die by suicide and that has ignited a lot of people to really speak about the topic," Williams told insidethegames.

"A lot is happening at student and collegiate levels and you cannot turn a blind eye.

"It is important to educate all those involved within the sports community [of] the importance of increasing awareness about mental health, so not just having a conversation about it but putting things into action, how can we practically help athletes, help mums, dads and coaches really assist young athletes.

"We have to put the person before the student and the athlete, otherwise we are at risk of losing all three."

"There are a bunch of pitfalls, we focus on the achievement rather than the effort, that leads them to think that their worth and identity are only loved and accepted and belonging when they achieving the way that looks like winning, you can see how damaging that can be," she told insidethegames.

"This is an opportunity for us to reach coaches adults and educators, everyone in that constellation around the student-athlete, to help them understand how do we use sport for the reason we encouraged kids to get involved in sport in the first place."

An athletes' discussion panel also formed part of the seminar.

"My hope is that people will come away with more of a language to talk about mental health," panellist Cailin Bracken, a leading student lacrosse player at Vanderbilt University, told insidethegames.

Organisers said that more than 1,200 participants had followed the sessions either in-person or online, both in the US and overseas.