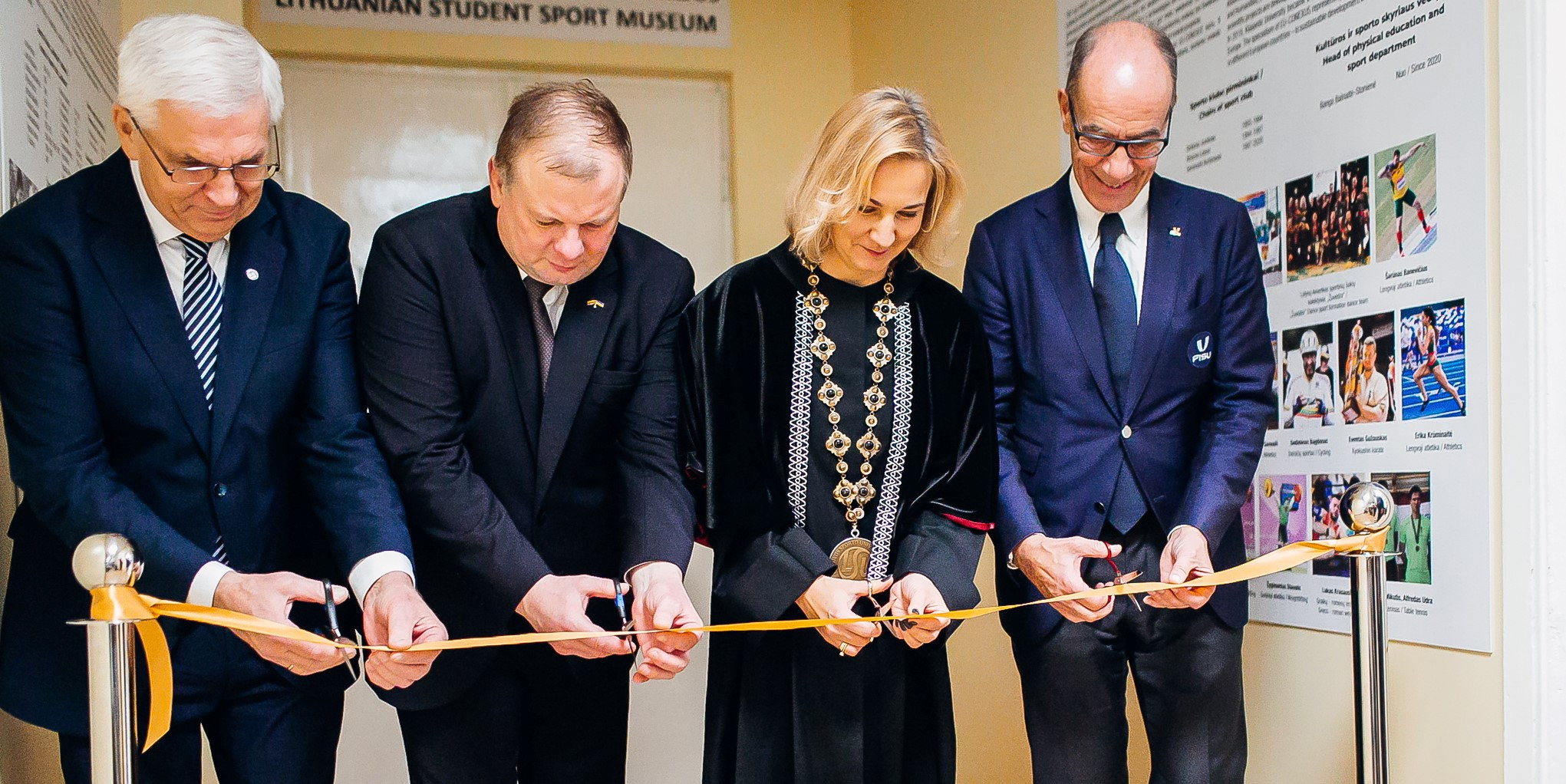 Eder was one of four officials to cut a ribbon at the first-of-its-kind museum in Kaunas.

"This museum means a lot and we are glad it will nurture a very rich history of student sports," Obcarskas said.

The opening coincided with celebrations of the LSSA's 100th anniversary.

LSSA President Ceslovas Garbaliauskas, who is retiring after 32 years in the post, was feted.

"I am very happy to receive this award," Eder said.

"However, I think it is not only for me, but for the entire student sports movement."