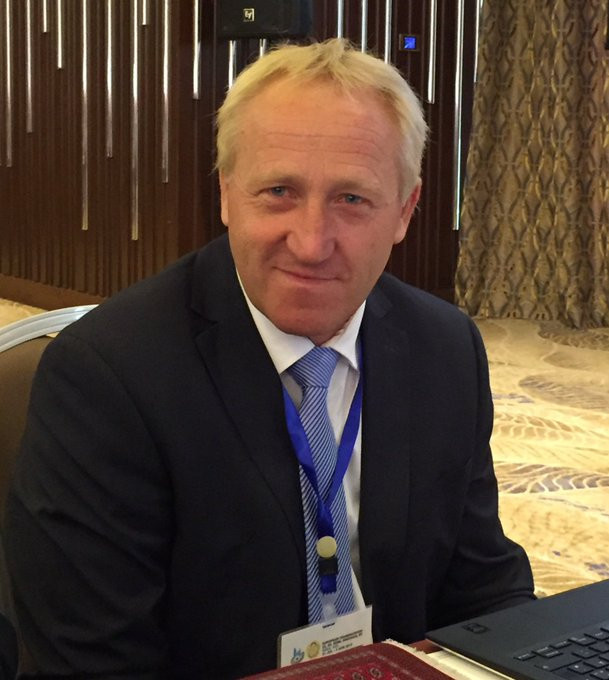 Germany's Willi Grill has today been confirmed as the new secretary general of the International Shooting Sport Federation (ISSF) by President Luciano Rossi.

Grill, highly experienced former ISSF technical director, had told insidethegames yesterday that he had been offered the position by Rossi shortly after the Italian defeated Russian oligarch Vladimir Lisin in an election at the General Assembly in Egyptian resort Sharm El-Sheikh.

His appointment was confirmed today by the ISSF Executive Committee meeting for the first time since Rossi beat Lisin by 136 votes to 127.

Alexander Ratner, the previous secretary general, had failed to return to the meeting yesterday after Rossi's election.

"I will give back all that I have learned in my years as a sportsman.

"The new leadership team will work together in a creative and efficient way to build a brighter future for the shooting sports, from all points of view.

"I will be supported by a team of expert and competent collaborators in various sectors.

"We will get to work immediately to solve existing problems and new, concrete plans.

"But I also want to stress that I plan to unite the ISSF Family and be a President for everyone, for the good of the sport."

Rossi's first task is trying ensure an orderly handover from the previous management, most of whom are expected to leave immediately following Lisin's defeat after serving only one four-year term.

"As the former leadership team has already departed, the urgent priority is to set up new operations of the ISSF offices, including management of all matters related to the media," Rossi said.

"I ask for your understanding, and patience, if we are not fully operational immediately, but I assure you that this is now our urgent priority.

"Once we have our structures in place, I look forward to keeping you up to date with regular and clear communications as we build the new ISSF and ensure that  it is a valued member of the Olympic family."