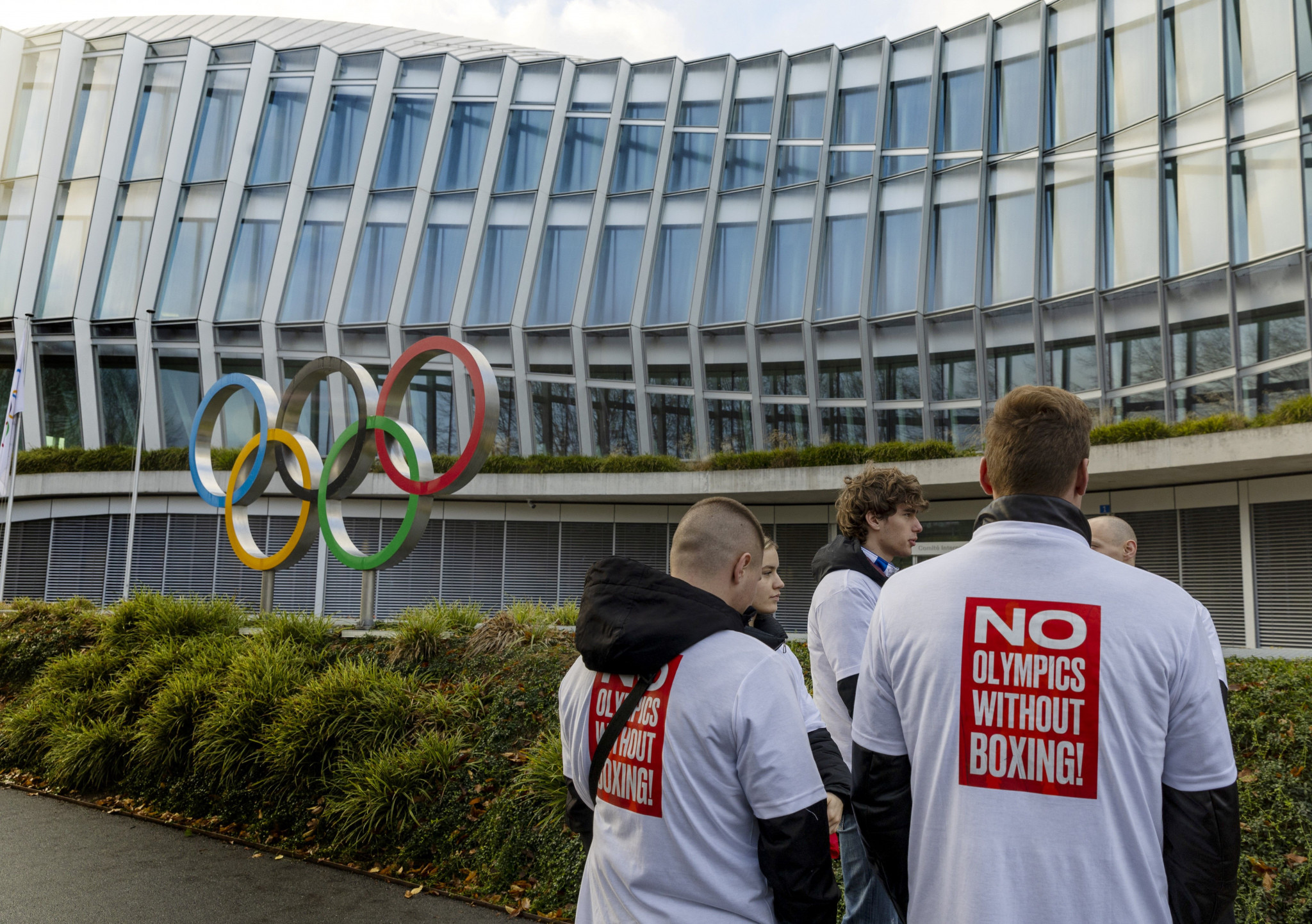 The International Olympic Committee (IOC) announced today it will continue to monitor boxing's governance as uncertainty surrounds the sport's Olympic future with it being warned that, if a decision had to be made today, then it would not be recommended for inclusion at Los Angeles 2028 under the current governing body.

The International Boxing Association (IBA) has been sent a letter by the IOC, a day after former world champion Roy Jones Jr led a group of protestors outside Olympic House in Lausanne, where the IOC Executive Board is meeting, in which it has been given a clear signal that the future of boxing in the Games could rest with a new governing body.

"Boxing is currently not included in the initial sports programme of the Olympic Games Los Angeles 2028," the letter said.

"If a decision had to be taken today regarding the Olympic Games Los Angeles 2028, the IOC EB would not be able to recommend the IOC Session to include boxing in the sports programme under the authority of the IBA as IBA has not demonstrated that it has successfully addressed the ongoing concerns around its governance, its financial transparency and sustainability and the integrity of its refereeing and judging processes."

insidethegames has been told by several sources that both senior officials at Los Angeles 2028 and NBC, which is due to broadcast the Olympics in the United States, are keen for boxing to remain on the programme.

The US has won more Olympic medals in boxing than any other country since its debut at St Louis in 1904.

Americans have won a total of 117 medals, including 50 gold, with champions including legendary heavyweights Muhammad Ali, Joe Frazier and George Foreman.

The IOC's concerns with the IBA are both historical and with its current leadership under Umar Kremlev, the President from Russia.

This was the first IOC Executive Board meeting held since the IBA Extraordinary Congress in Armenia's capital Yerevan in September.

Kremlev controversially retained his position after around three-quarters of delegates voted against holding a fresh election, despite the Court of Arbitration for Sport ruling that Dutch official Boris van der Vorst should not have been prevented from standing in Istanbul in May.

The IOC's concerns were then compounded a few days later when Kremlev lifted a ban on boxers from Russia and Belarus, ruling that they should be allowed to compete under their own flags, despite an IOC ban imposed following the invasion of Ukraine.

Kremlev, who was visiting Kyrgyzstan today where he met the country's President Sadyr Zhaparov, has made no attempts to hide his contempt for the IOC.

He has increasingly appeared to be getting the IBA ready for a future outside the Olympic Games, including telling delegates in Yerevan that "we are going to take our own path".

"The IOC has been monitoring the activities of the International Boxing Association for several years now and is periodically considering whether the suspension of its recognition by the IOC could be lifted," it said in the letter.

"The issue is not about the sport of boxing or boxers, but IBA and its practices and activities.

"While some indications concerning the reorganisation of the administration of boxing were received, there are multiple signals that the drastic change of culture requested by the IOC in order to lift the suspension of IBA’s recognition has not been implemented.

"As a result, the IOC is not in a position today to reverse its stance with regard to the suspension of IBA’s recognition."

The IOC plans to organise the boxing tournament at Paris 2024, just as it did at the re-arranged Olympic Games in Tokyo last year.

"During the years of monitoring, the IOC has been acting in the best interests of the boxing community (including athletes, coaches, judges, referees)," the IOC said in the letter.

"This is why the Olympic boxing tournament could take place at the Olympic Games Tokyo 2020 while the recognition of IBA was suspended.

"As boxing is planned to feature in the programme of the Olympic Games Paris 2024, simultaneously with this letter the IOC will share the qualification criteria for these Olympic Games with the boxing community.

"The IOC will continue to monitor the evolution of IBA's practices and activities as well as of the boxing community at large, and, on the basis of the developments, will consider taking a decision regarding IBA’s recognition at the appropriate time."