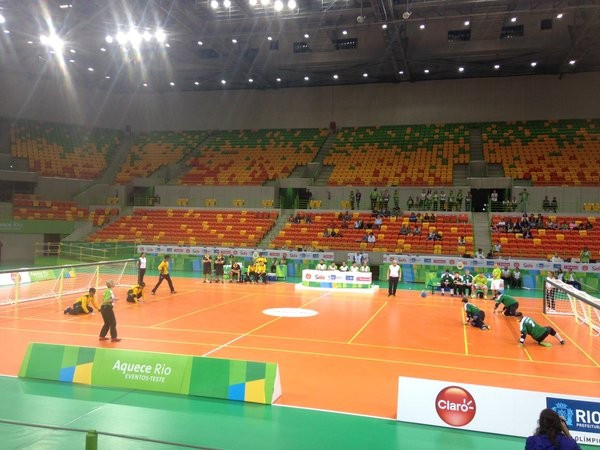 World champions Brazil grasped the momentum ahead of this year's Paralympic Games in Rio de Janeiro with a superb victory over Lithuania to win the Aquece Rio International Men's Goalball Tournament at the Future Arena today.

The host nation, Paralympic silver medal winners at London 2012, were in clinical form in pressing ahead in the final after a cagey opening.

Brazil led 3-2 and 4-3 before five unanswered goals powered them into a 9-3 lead.

Their hapless rivals were unable to respond and eventually slipped to an 11-4 defeat.

Lithuania, however, had enjoyed a strong tournament and will be realistic medal contenders come Rio 2016.

They edged London 2012 gold medallists Finland 8-7 in order to make the final of the four-team tournament.

The hosts will join African champions Algeria in Group A at Rio 2016 along with Canada, Germany and Sweden.

Finland, the US and Lithuania, who finished fourth at London 2012, will all play in Group B.

They will be joined in a "Group of Death" by European champions Turkey and Asian counterparts China.