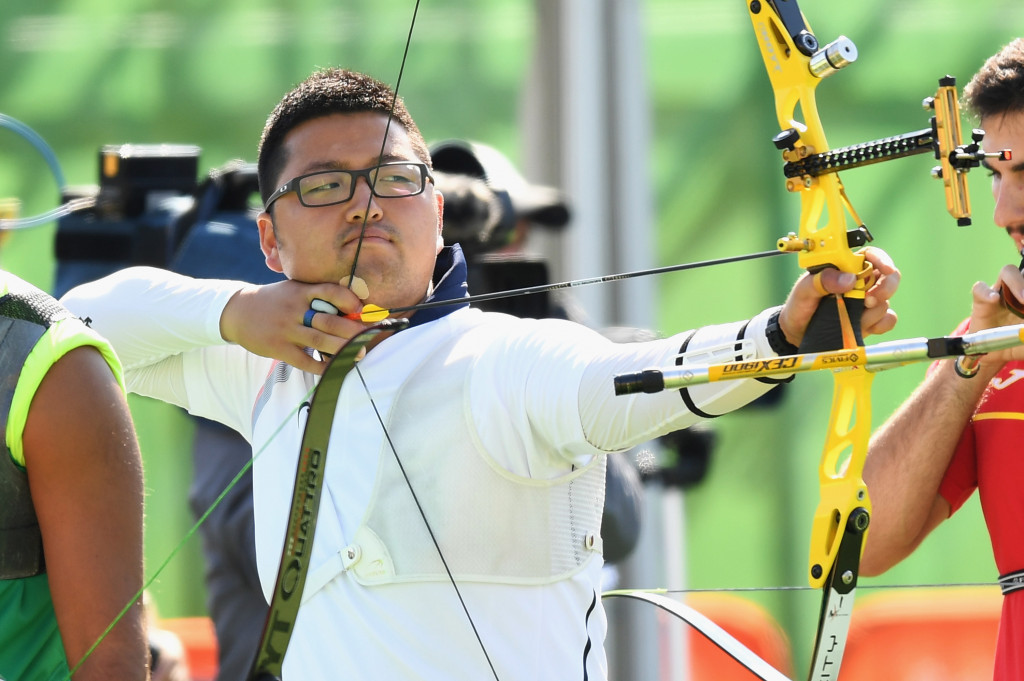 South Korea's world champion Kim Woo-jin broke the first world record of this year's Olympic Games in the ranking round at the Sambadrome Marquês de Sapucaí ahead of medals action beginning tomorrow with the men's team event.

He pipped the mark of 699 achieved by fellow countryman Im Dong-hyun at London 2012.

This means he will be number one seed for knock-out elimination action when it is due to begin on Monday (August 8).

“I practised more than everyone else and I gave my best for the entire round,” said Kim.

“Tomorrow there is a more important match, in terms of celebrating today - I want to focus on tomorrow’s match.”

Kim will aim to convert his form into medals tomorrow when he shoots alongside Ku Bonchan and Lee Seungyun in the team competition.

Pasqualucci, making his debut in the Olympics, will be joined by London winners Mauro Nespoli and Marco Galiazzo.

Elimination and ranking round action are scheduled to place tomorrow.

Light winds and artificial lighting are expected to pose an additional challenge in an iconic venue best known for hosting the annual Rio carnival.