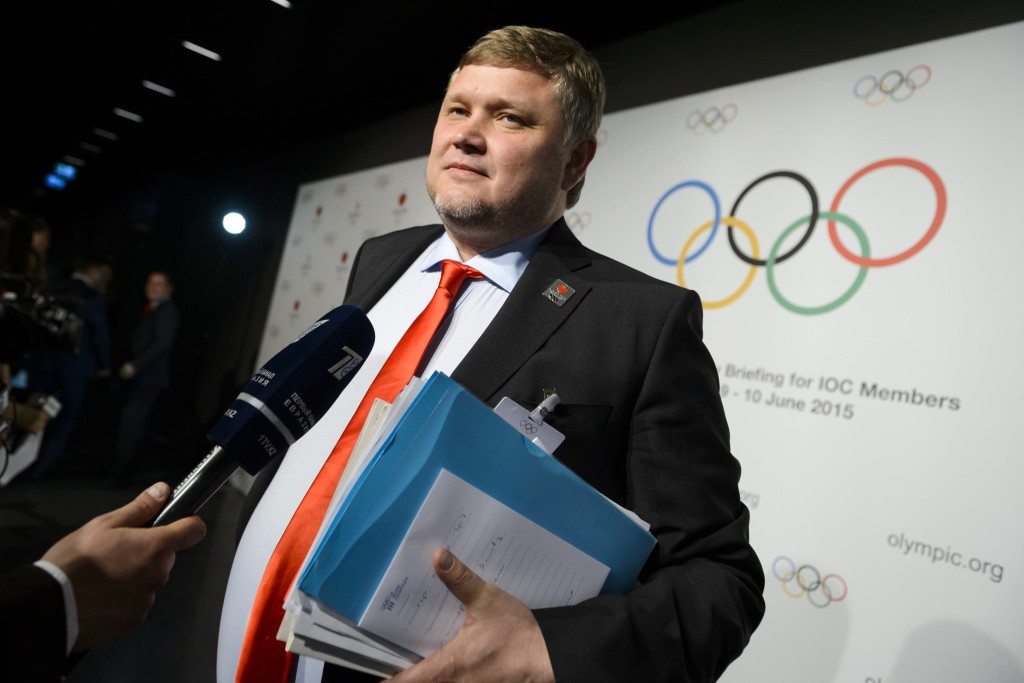 Kazakhstan’s weightlifters have overtaken Russia in the Olympic doping league of shame.

The latest bad news comes as the nation is attempting to make a complete overhaul of its anti-doping programme.

Andrey Kryukov, vice-president of the country’s National Olympic Committee, has promised there will be a “zero tolerance” attitude in future.

When the International Weightlifting Federation (IWF) announced 15 more positives from Beijing 2008 retests yesterday, four of them were from Kazakhstan.

That takes to 10 the number of Kazakhs - five of them gold medallists - who have tested positive in the reanalysis of samples from the Beijing and London Games.

That puts Kazakhstan ahead of Russia, by one.

It also takes the total number of weightlifting positives from Kazakhstan, since the National Olympic Committee was recognised in 1993, beyond 50.

Kryukov says a new hardline approach will be brought about by a new law, hefty investment, and an investigation into past offences.

He also said there had been a change in the public’s attitude brought about by social media.

Kryukov said sport in Kazakhstan had been beset by “totally stupid” political interference in the past.

He blamed weak laws and governance for a failure by individual sports to bring themselves in line with international standards.

The national anti-doping laboratory in Almaty was suspended by the World Anti-Doping Agency (WADA) in June.

In the same month it was announced that Kazakhstan will lose five weightlifting gold medals from Beijing and London, including two ‘won’ by the biggest name in the sport, Ilya Ilyin.

If the International Olympic Committee (IOC) had been able to complete the legal process and confirm those positives before the Rio Games, which they were unable to do, Kazakhstan would have joined Russia in being banned.

Instead they took part with a team of eight, half of whom had served doping bans, winning five medals.

“It’s a very difficult situation now," said Kryukov, who was the figurehead of the recent bid by Almaty to host the 2022 Winter Games.

"Inside the country it looks a bit ugly.

"Our goal is zero tolerance and you know we mean it from what we did before these Games."

He was referring to the testing of all 104 athletes in the Kazakhstan team before Rio.

Because of the Almaty suspension the tests were carried out in Germany.

There will be further spending on teaching and recruiting bio-chemistry students at home and appointing experts from abroad.

A WADA Commission visited Kazakhstan in May, and another team will visit in September as Kryukov leads an investigation into the positives from 2008 and 2012.

The national team coach who has been in charge while all those 50-plus positives were announced, Aleksey Ni, was allowed to travel to Rio.

There was no evidence against him, said Kryukov, only against the personal coaches of individuals.

“We cannot ban him [Ni] unless we have evidence against him,"he said.

"You will see some strong, strong things when we make our investigation.

"It will be finished by the end of September.

"If we find any evidence… no way to anyone, no way.

“We had no time to make investigations before the Games but after the Games our main aim is to investigate totally in this case [2008 and 2012 positives], to analyse everything, to bring international experts and involve them.

"We have asked WADA for specialists and will also appoint somebody independent.”

“On our social networks now, some people kill them but others love them,” said Kryukov.

“I like that we have an active social network in our society.

"People fight in these communities but that’s good because they become more involved and begin to understand what is happening.”

Attitudes have changed at the top of the NOC too, said Kryukov.

The appointment last year of Timur Kulibayev, the billionaire son-in-law of President Nursultan Nazarbayev, as President of the NOC was the catalyst for change, he said.

“Before the NOC was, I cannot say weak, but…it is more transparent now," Kryukov said.

"It wasn’t open in the past.

"Unfortunately even these doping cases are a legacy of the previous team, though we take all the responsibility.

One of the best-known coaches and administrators in weightlifting, the Oceania general secretary Paul Coffa, recently blamed the old Soviet Bloc countries collectively for persistent doping.

Of the 46 positives announced from Beijing and London, 40 were from countries that were part of the pre-1989 Soviet Bloc.

Kryukov said the black market in drugs was largely to blame.

“The black market is very strong," he said.

"You see the geography of the black market, it’s very strong in most countries in that area [former Soviet Bloc].”

There was no collaboration at a Governmental or sports administration level “but under the table, the coaches that cheat are definitely connected. They know the system, the suppliers. The black market works well, there is big money in it".

Asked if other weightlifting teams can expect that, in the lead-up to Tokyo 2020, they will not be looking back at another slew of Kazakhstan positives over the previous four years Kryukov said: “Yes. We don’t like to win by cheating, this [clean-up] is our goal.

"We show everybody what we are doing now.”