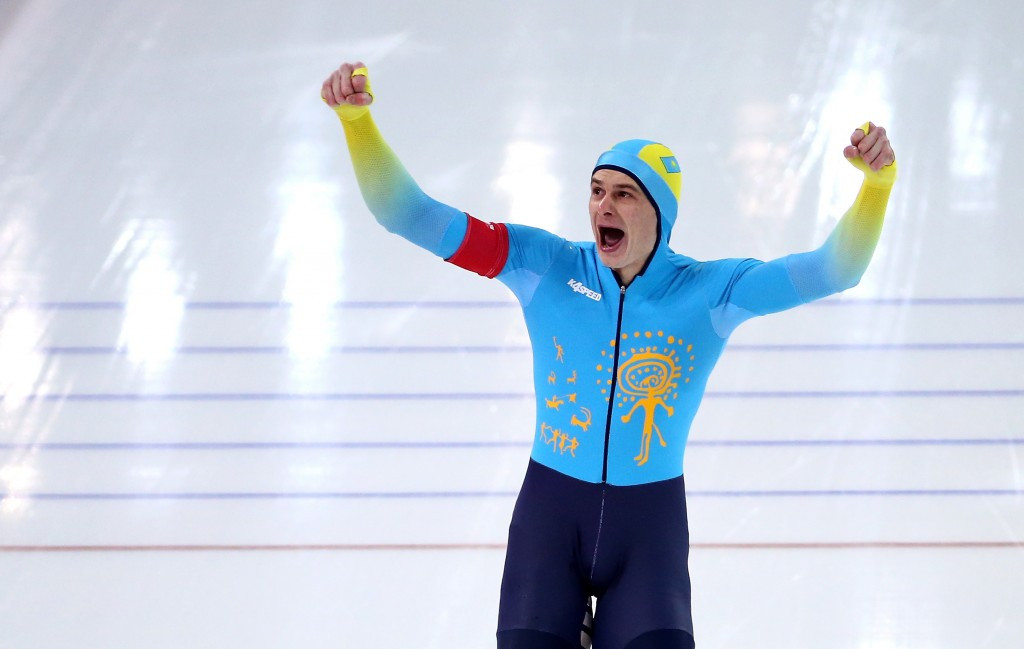 Krech raced in the first pair and set a time of 35.07sec which was not bettered, allowing him to claim his first-ever World Cup victory.

The Kazakh had previously not made it onto the podium at this level with Russian world record holder Pavel Kulizhnikov having to settle for the silver medal in a time of 35.10sec.

Kulizhnikov's campaign last season was overshadowed by controversy as he was banned for failing a drugs test for meldonium.

However, his suspension was lifted after the World Anti-Doping Agency admitted that more research was required to assess how long the drug remained in the human body.

Meldonium, a heart attack drug, was only added to the banned list on January 1.

Despite missing the final leg of last season, the Russian still managed to win the overall 500 metres title during 2015-16, with the scandal coming after he had previously served a two-year doping ban between 2012 and 2014 after failing for stimulant methylhexanamine.

He raced against Kulizhnikov in the final pairing with the Russian taking bronze in 1:09.96, behind Finland's silver medallist Mika Poutala.

American Heather Bergsma, a double world champion, clocked 1:15.94 to win the women's 1000m title in front of The Netherlands' Marrit Leenstra, who managed 1:16.55.

Bergsma was second in the overall standings last season with her compatriot, the defending champion Brittany Bowe, absent in Harbin due to injury.

Team pursuit action was also held today with the Dutch beginning the defence of their World Cup title with victory in 3:45.33.

Action continues tomorrow with the second 500m races for men and women, as well as 1500m and mass start finals for both genders.