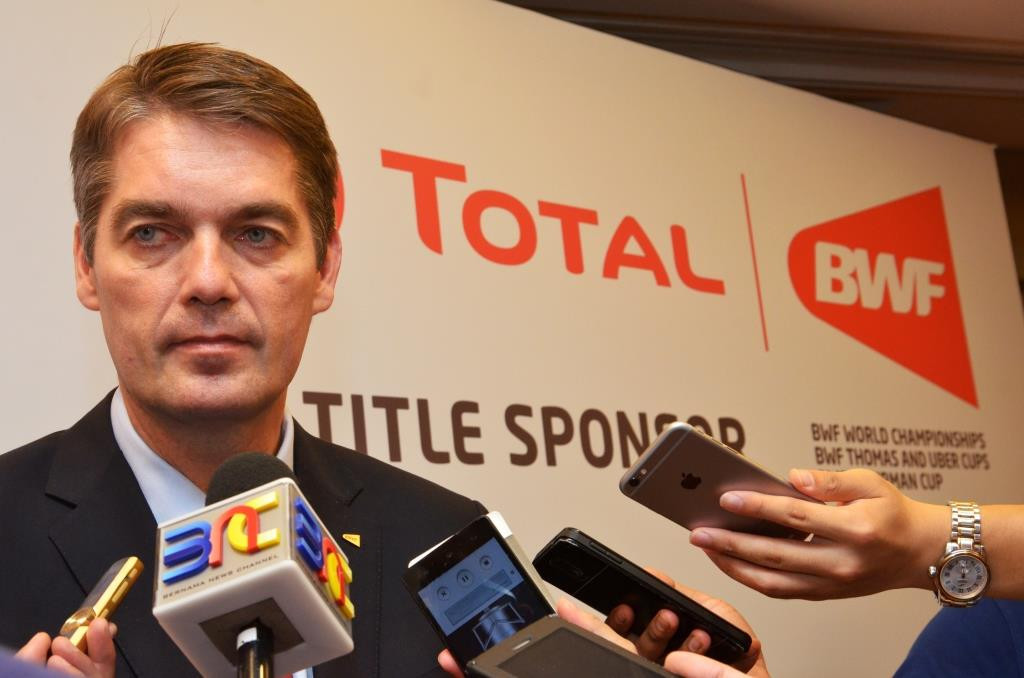 The Badminton World Federation (BWF) has agreed a partnership extension with energy giant Total, which will serve as title sponsor of the international governing body's flagship tournaments for an additional three years from 2019 to 2021.

Total will remain the official energy partner for all BWF major events, including the Sudirman Cup, Thomas and Uber Cup Finals and World Championships.

The new deal will include a number of digital assets aimed at generating greater value from its BWF partnership, particularly through increased fan engagement on a global front as well as strengthening Total's presence in key markets.

"Such continuity augurs well for our major events brand and we look forward to another three years of mutual success and development as we build badminton together."

Francois Dehodencq, senior vice-president of Total marketing and services in Asia Pacific and the Middle East, added: "Badminton is an important corporate social responsibility endeavour for Total, and the company is committed to working collaboratively with BWF to inject more energy to the sport and providing strong support in promoting the events to its global audiences."

The news comes on the heels of the BWF's announcement of host cities for its major events in 2018 and 2019.

The 2018 Thomas and Uber Cup Finals have been awarded to Thailand's capital Bangkok, while Chinese city Nanjing has been chosen to stage the same year's World Championships.

The 2019 Sudirman Cup and World Championships will take place in Chinese city Nanning and Basel in Switzerland respectively.

"The appeal of the BWF major events is apparent and with a leading, global brand like Total extending its title sponsorship, the value and commitment is clear," Stephan Herth, executive director of summer sports at Infront, said.

"It has been an exciting time for BWF and we are thrilled to be a part of bringing these events to passionate fans in Thailand, China, and all over the world in 2018 and beyond."