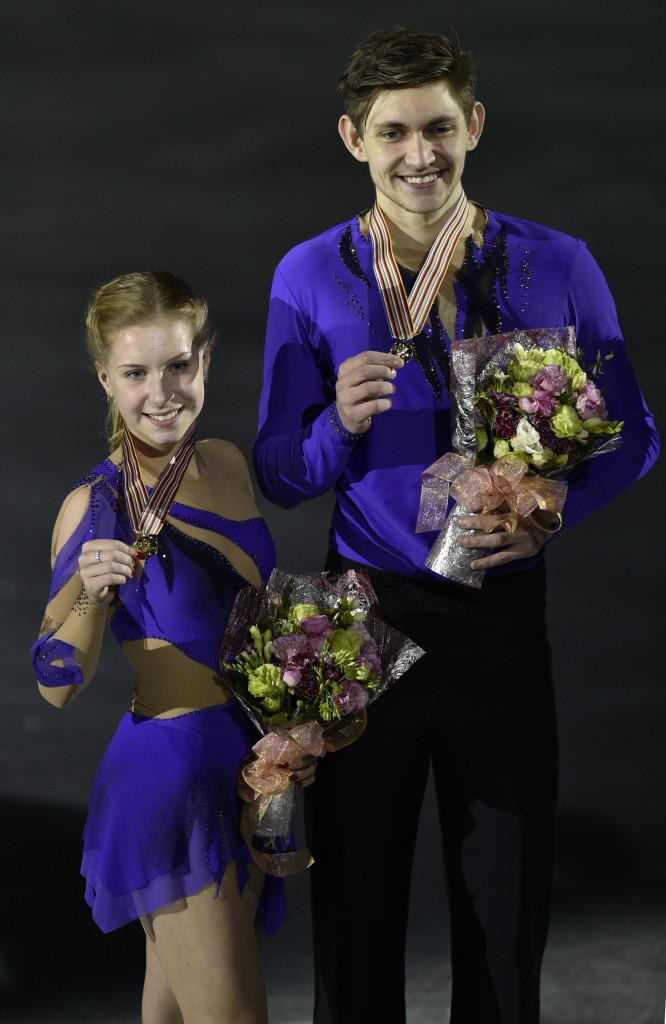 Harley Windsor is hoping to become the first Aboriginal Australian to reach the Winter Olympics by earning a qualifying place at this week's International Skating Union (ISU) World Figure Skating Championships - but his fate could ultimately rest on whether the mother of his Russian partner in the pairs, Yekaterina Alexandrovskaya, can learn English in time.

Twenty-year-old Windsor, who has Aboriginal ancestry on both sides of his family, has been competing with Alexandrovskaya for less than a year, but the couple earned a breakthrough victory earlier this month at the World Junior Championships in Taipei.

Many observers believe they are now capable of earning one of the 20 spots on offer at next year's Pyeongchang Winter Olympics.

Their first task at the Championships, which start in Helsinki on Wednesday (March 29), will be to earn one of the 16 quota places on offer for Pyeongchang 2018, although there will be a second Olympic qualifying tournament in Germany in September.

Should they gain a place at the Games, however, Alexandrovskaya will have to gain Australian citizenship in order to compete.

ISU rules require only one partner in pairs or ice dance to come from the country represented, but Olympic rules are more stringent.

And because she is, at the age of 17, a minor, she will need to have her mother with her if she re-locates to Australia from Moscow.

Although her widowed mother will not need to earn Australian citizenship herself, in order to earn residency she must pass a language test.

She is currently taking English lessons at the British Council in Moscow.

German skating specialist Tatyana Flade, who has covered every annual World Figure Skating Championship since 1992, as well as the last four Winter Olympics, believes Windsor and Alexandrovskaya are genuine contenders for an Olympic place.

"I do think they have a chance because they are good," says Flade, a fluent Russian and English speaker who can claim to be the first journalist to have interviewed the couple having travelled to see their preparations in Moscow during May last year.

"They have the full technical content they need to compete at senior level, so I think they have a good chance of getting to the Games.

"Even if they don't make it via the World Championships, they could make one of the other four quota places on offer at the Olympic qualifier in Germany."

The first indigenous Australians to compete in the Olympics were basketball player Michael Ah Matt and boxers Adrian Blair and Frank Roberts, who all took part in the 1964 Summer Games in Tokyo.

Runner Cathy Freeman became the first indigenous Australian woman to be selected for the Summer Olympics, reaching the semi-finals in the 400 metres at the Barcelona Games in 1992.

At the 1996 Atlanta Olympics she took 400m silver behind France’s Marie-Jose Perec, and four years later at her home Sydney Games she lit the cauldron in the Opening Ceremony before earning the 400m gold - the first individual gold for an Australian of aboriginal heritage.

It was not the first Olympic gold for an indigenous athlete, however, as Nova Peris was part of the victorious Australian women's hockey team in Atlanta.