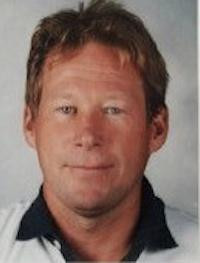 The appointment is one of a number of staff changes made as the country bids to become one of the world's top five skiing and snowboarding nations by 2030.

Fernsebner is making the step-up to the full senior squad after being in charge of the British Europa Cup team.

He will now look after World Cup athletes including Dave Ryding, Alex Tilley and Charlie Guest.

"I have a big heart for British skiing, and I think now is the perfect time to get things going," said Fernsebner.

"I am excited to take on this role and push the whole team and not just work with a one or two man British team.

"We have a lot of hugely talented young athletes who are pushing the whole team forward.

"I am looking to install a real structure which will mean we are strong going into the 2018 Winter Olympics and even stronger and with a bigger team as we look towards Beijing 2022."

The Swiss, a former snowboard cross world champion, will work with World Cup athletes such as Zoe Gillings-Brier and Emily Sarsfield but will also oversee the development of younger talent.

Britain will become the first country to run a joint ski and snowboard cross programme.

"I hope I can bring my experience and knowledge and combine it with the existing staff and athletes to create a programme that will create future champions.

"My first job will be to provide the athletes who are on the road to Pyeongchang 2018 with the best support possible.

"I will then be looking at working with all the ski and snowboard cross athletes together to combine training in order to pick up all advantages from both disciplines.

"I want to create a good base of the performance pyramid to offer to the young generation the best training possible."

The coaches will work together with performance director Dan Hunt and will be supported by an Olympic team manager, Sophie Morrison.