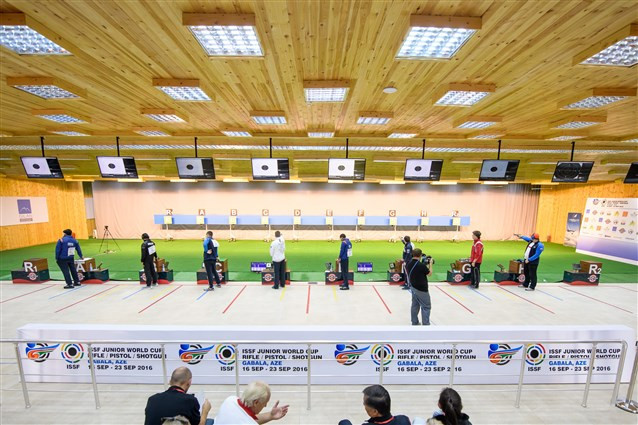 Hungary’s Istvan Peni topped the standings in the first round on a total of 1,180 points, with China’s Zicheng Hui second on 1,173.

The second elimination round saw China’s Cao Yifei lead the event on 1,186, with France’s Alexis Raynaud and Switzerland’s Jan Lochbihler following on 1,185 and 1,178.

The women’s event saw Germany’s Jolyn Beer head the opening elimination round by ending on 593, with China’s Qiu Yehan ending on the same score.

Switzerland’s Nina Christen was third on 588.

Romania’s Laura Georgeta Ilie was the highest scorer in the second elimination event on 589, with Ukraine’s Natallia Kalnysh and Britain’s Jennifer Mcintosh following with a score of 586.

The full qualification and finals will take place tomorrow on the final day of the event.