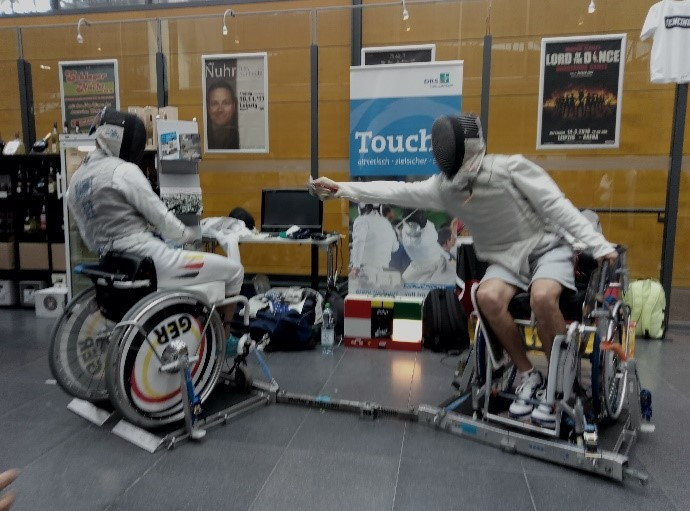 Wheelchair fencing was presented to spectators at the International Fencing Federation (FIE) World Championships in Leipzig.

Arranged by the International Wheelchair and Amputee Sports Federation (IWAS) Wheelchair Fencing Executive Committee, a stand was set-up to give spectators, athletes and coaches at the Championships a flavour of the Paralympic sport.

Germany’s Maurice Schmidt and Julius Haupt took part in live bouts in foil and sabre categories at the Arena Leipzig.

The pair were bronze medallists at the IWAS Wheelchair Fencing Under-17 and Under-23 World Championships.

The event was supported by several top fencers, including Hungary’s Aron Szilagyi and Inna Deriglazova and Yana Egoryan of Russia, who all won Olympic gold last year in Rio de Janeiro.

They thanked the German sport federations for their support, as well as the German Federation for Para-Sports.

Special thanks were also given to the German Fencing Federation, FIE and the Local Organising Committee.

The competition venue also played host to discussions from representatives from Tokyo 2020, who spoke with IWAS members.