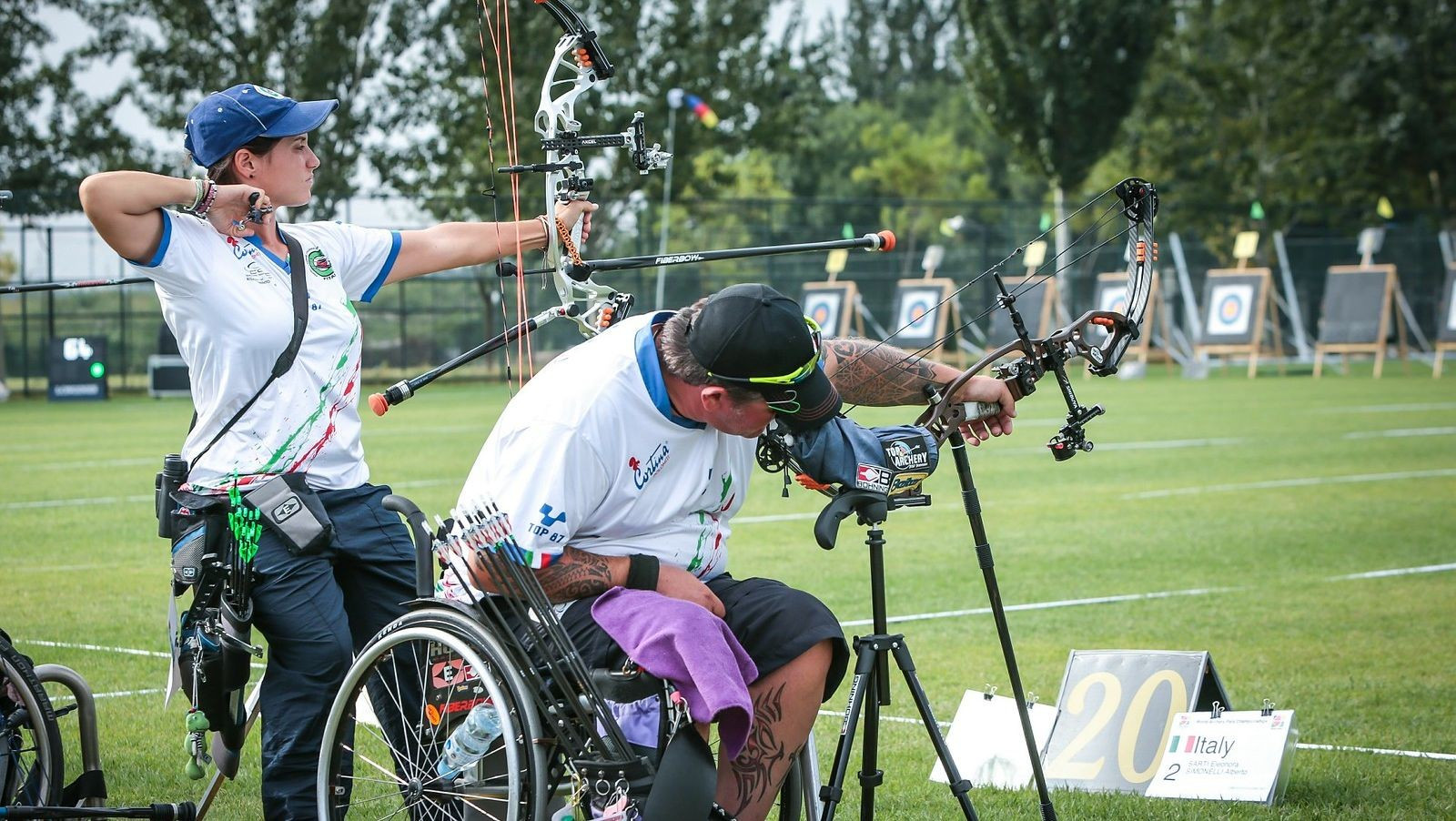 The duo set a world best after scoring 158 out of a possible 160 points, one more than the previous mark, in the quarter-finals at the China Administration for Sports for Persons with Disabilities Centre, a venue at the Beijing 2008 Paralympic Games.

Unfortunately the duo could not continue that level of form into the semi-finals as they missed out on a place in the gold medal match.

Sarti and Simonelli were beaten 154-148 by Russian duo Stepanida Artakhinova and Ivan Kozlov.

Rio 2016 Paralympic gold medallist Jessica Stretton scored 657 out of a possible 720 points over the 50-metre ranking round to break her own W1 women’s world record by a point.

"I didn't expect to shoot this well at all," said Stretton.

"It's all about the minor gains now, finding the ways to keep calm and make sure your arms don't twitch just for that one arrow, getting the groups closer together."

Victoria Rumary, also of Great Britain, was leading the field for most of qualification and looked set to break the record herself until the last two ends.

However, she fell away to finish second on 653.

After taking all three medals at Rio 2016, the British women finished first, second, and third once again today with Jo Frith taking third with 643 points.

Turkey's Omer Asik finished top over the men's W1 ranking round on 674, just ahead of fellow countryman Naci Yenier, who took second with 664.