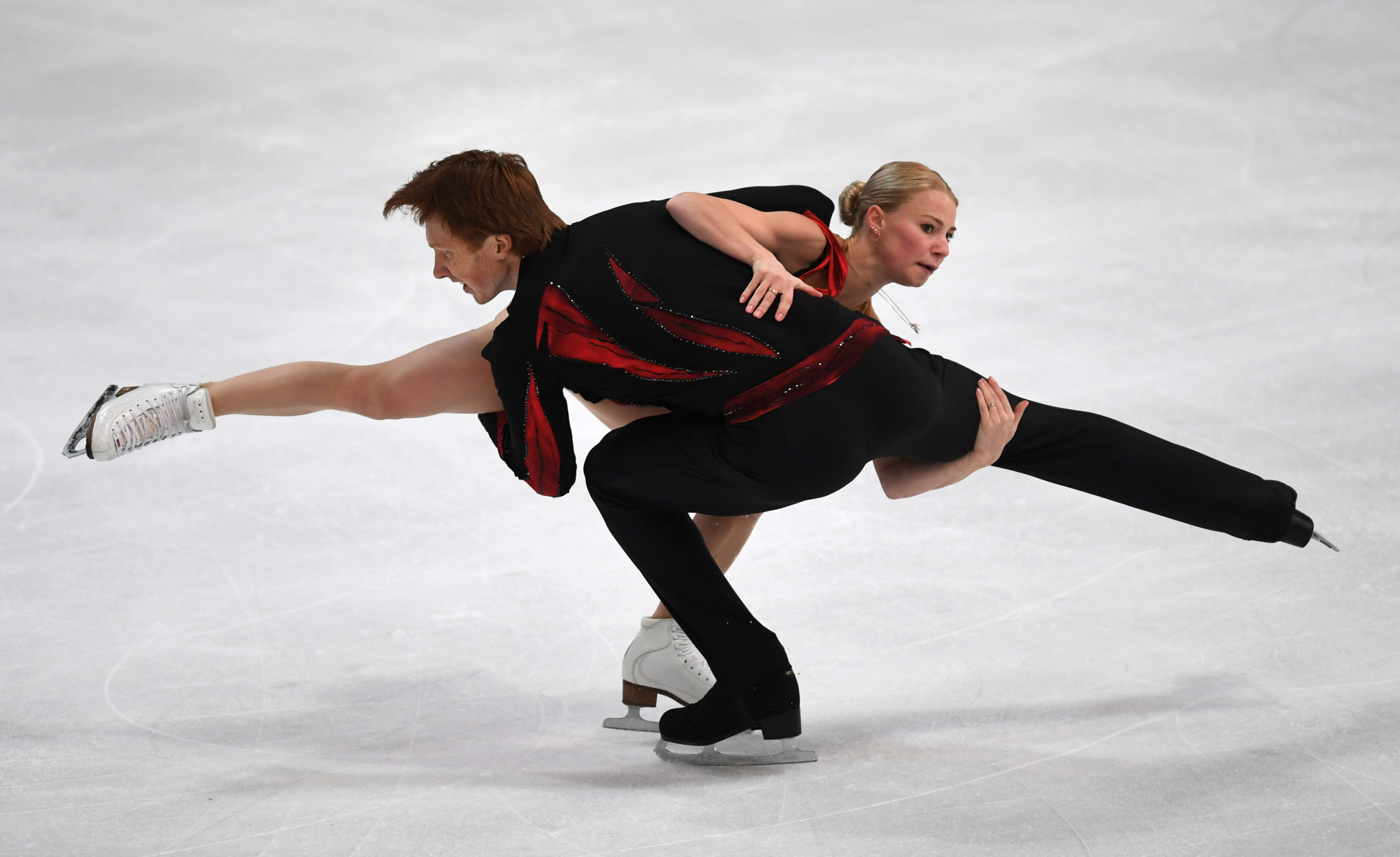 European champions Evgenia Tarasova and Vladimir Morozov of Russia claimed the lead in the pairs short programme on the opening day of the International Skating Union (ISU) Nebelhorn Trophy in Oberstdorf.

The event is the final qualification route for the Pyeongchang 2018 Winter Olympic Games.

More than 100 skaters and couples are competing for six spots in the men’s and women’s competitions, four in the pairs and five in the ice dance in South Korea in February.

Some skaters from qualified countries can take part outside the qualification process and use the Nebelhorn Trophy as preparation for Pyeongchang 2018.

Tarasova and Morozov started brightly and posted a score of 77.52 points at the National Training Centre for Figure Skating before the free skating tomorrow.

"For the first competition of the season the short programme was not bad, it was good, but we had some little mistakes," said Morozov.

World Championships silver medalists Aliona Savchenko and Bruno Massot of Germany claimed second place with 72.99 while Austria’s Miriam Ziegler and Severin Kiefer are in third after scoring a new personal best of 65.09 points.

The British duo scored a personal best of 71.79 points and are now in a prime position to secure a Pyeongchang 2018 berth.

Kana Muramoto and Chris Reed of Japan are currently ranked second after they picked up a seasons best of 62.67.

Germany’s Kavita Lorenz and Joti Polizoakis earned 61.09 points for their performance and are in third.

The free dance will take place on Saturday (September 30).

Jorik Hendrickx of Belgium skated first and finished top in the men’s short programme this evening.

Hendrickx, the Belgian champion, earned a score of 85.15 which was a new personal best score.

"I skated first, but it wouldn’t influence my skating," he said.

"I just went out there, I tried to get all my elements, I skated with my heart and I trusted in the judges and the technical panel to judge me the right way and I think they did and I skated my best."

Alexander Johnson of the United States came second after he scored 82.55 points, a new personal best.

Sweden’s Alexander Majorov sits in third place after he picked up 77.01 points.

Action continues tomorrow with the women's short programme and the pairs and men's free skating.