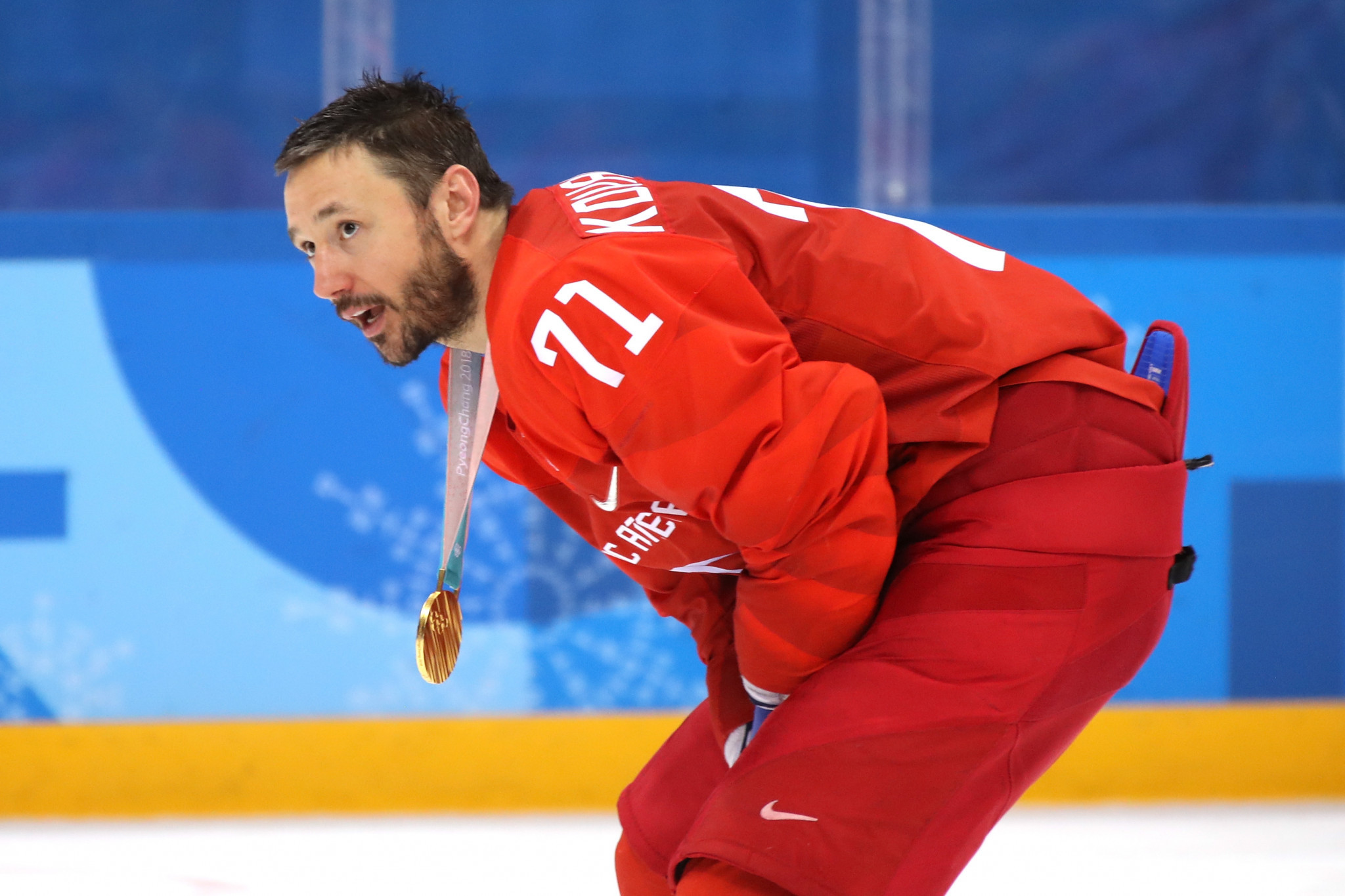 Ilya Kovalchuk has been named as the most valuable player of the men's Olympic ice hockey tournament at Pyeongchang 2018.

Kovalchuk formed a key part of the Olympic Athletes From Russia (OAR) team, which emerged as the gold medallists at the conclusion of the competition this month.

The winger, who plays for SKA Saint Petersburg in the Kontinental Hockey League, scored five goals during the Olympic tournament.

He scored a total of seven points, which helped the neutral OAR side get to the final and ultimately triumph 4-3 against Germany following overtime.

OAR also had Vyacheslav Voinov and Nikita Gusev named as the best defenceman and forward respectively at the tournament.

The awards were decided by representatives of the 12 competing teams, as well as the International Ice Hockey Federation and Pyeongchang 2018.

Kovalchuk and Voinov were named as part of the All-Star Team, which was voted for by members of the media.

The OAR’s Vasili Koshechkin was selected as the goaltender of this side, with Voinov joined in defence by Canada's Maxim Noreau.

Players from the National Hockey League did not participate for the first time at a Winter Olympics since their first appearance at Nagano 1998.

It followed the failure to reach an agreement between the IIHF, the NHL, the International Olympic Committee and NHL Players Association.

Russia were forced to compete neutrally at the South Korean Games due to evidence of a doping programme at their home Sochi 2014 Winter Olympics.