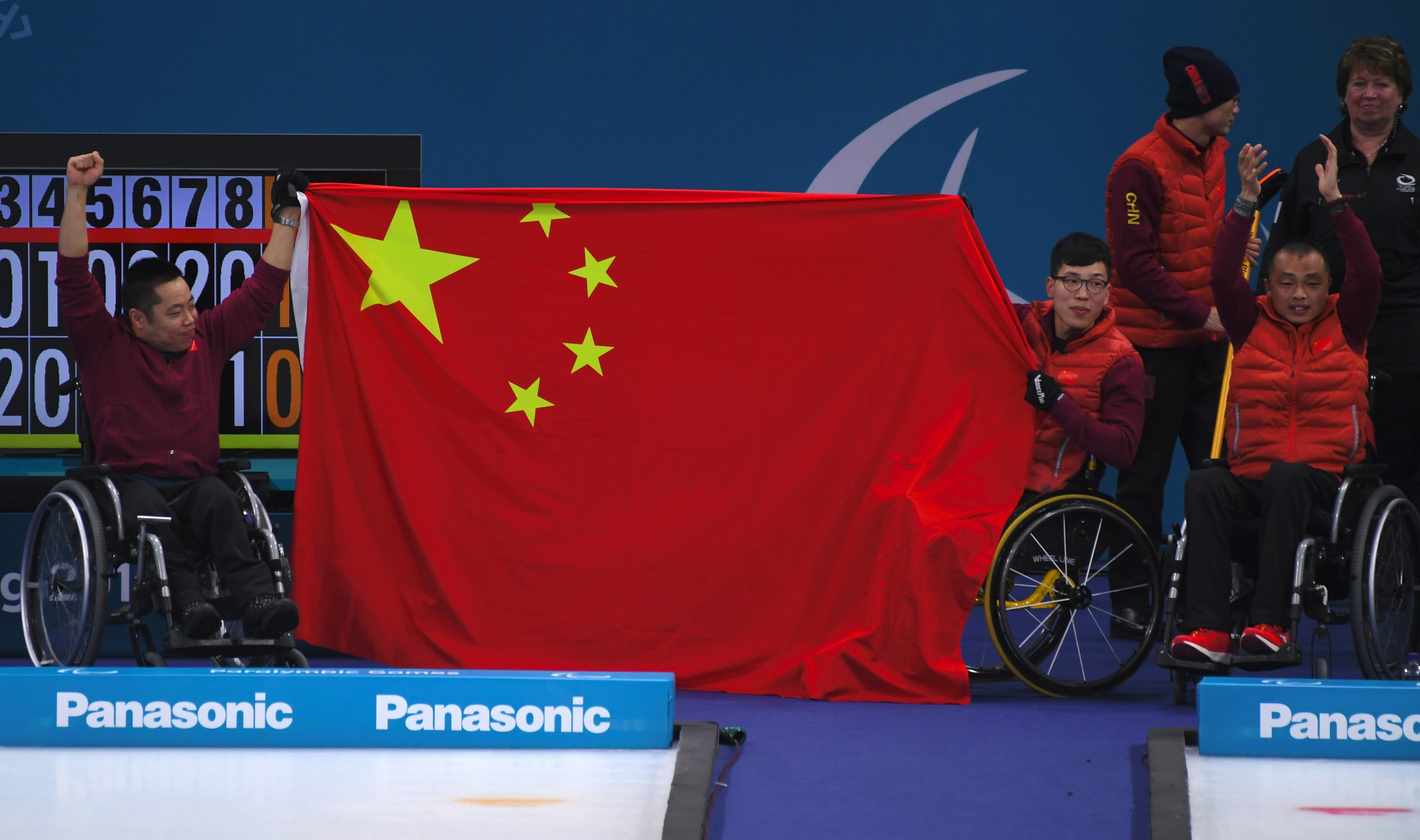 China are the new world number ones in wheelchair curling after their Paralympic gold at Pyeongchang 2018 this month.

The Asian nation topped the podium in South Korea after the team skipped by Wang Haitao defeated Rune Lorentsen's Norwegian rink 6-5 in the final.

It means China have moved up two places to first in the World Curling Federation rankings, replacing Russia who have dropped to third.

Norway, the reigning world champions, have also moved up one spot from third to second following their silver medal.

Russia, who were forced to compete as Neutral Paralympic Athletes at Pyeongchang 2018 due to the country's suspension by the International Paralympic Committee, amid the wider doping crisis, finished fifth in the round-robin phase and did not make the semi-finals.

Their win meant China won their first medal of any colour at a Winter Paralympic Games.

The country will be hosting the 2022 Winter Olympics and Paralympics in capital city Beijing.