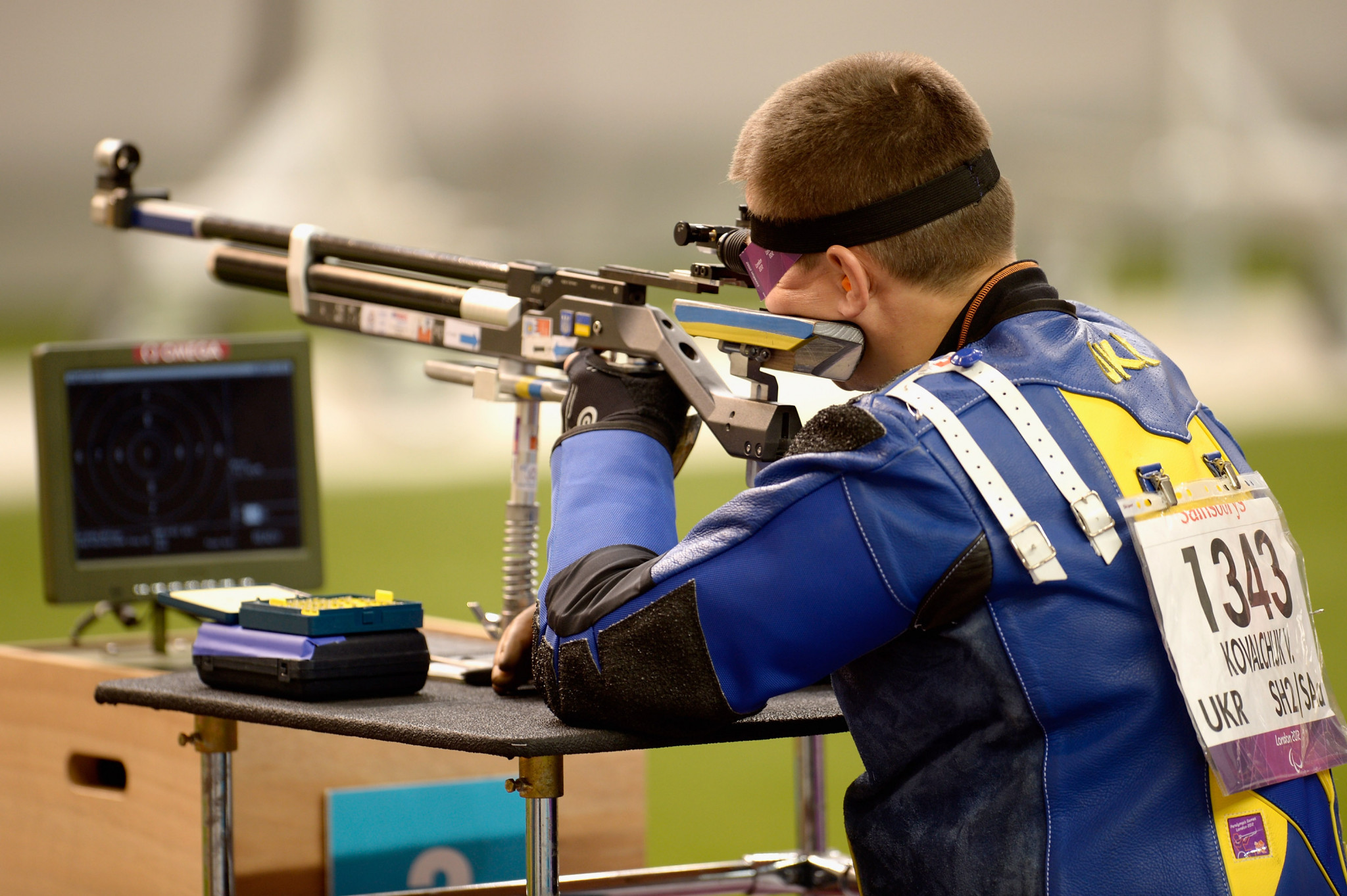 Ukraine scooped double gold on the third day of the Para Shooting World Cup of rifle, pistol and shotgun in Al Ain.

Paralympic silver medallist Zhang Cuiping of China improved on a disappointing fourth place in the 50m rifle three positions to finish second on 247.6.

Team-mate Yan Yaping followed her surprise victory over Zhang and others yesterday with bronze today on 226.9.

He shot 245.9 to win by 0.3 points from Thailand's Anuson Chaichamnan.

She scored 232.8 to beat Aysei Ozgan of Turkey, second on 230.0, and another Ukranian in Iryna Liakhu.