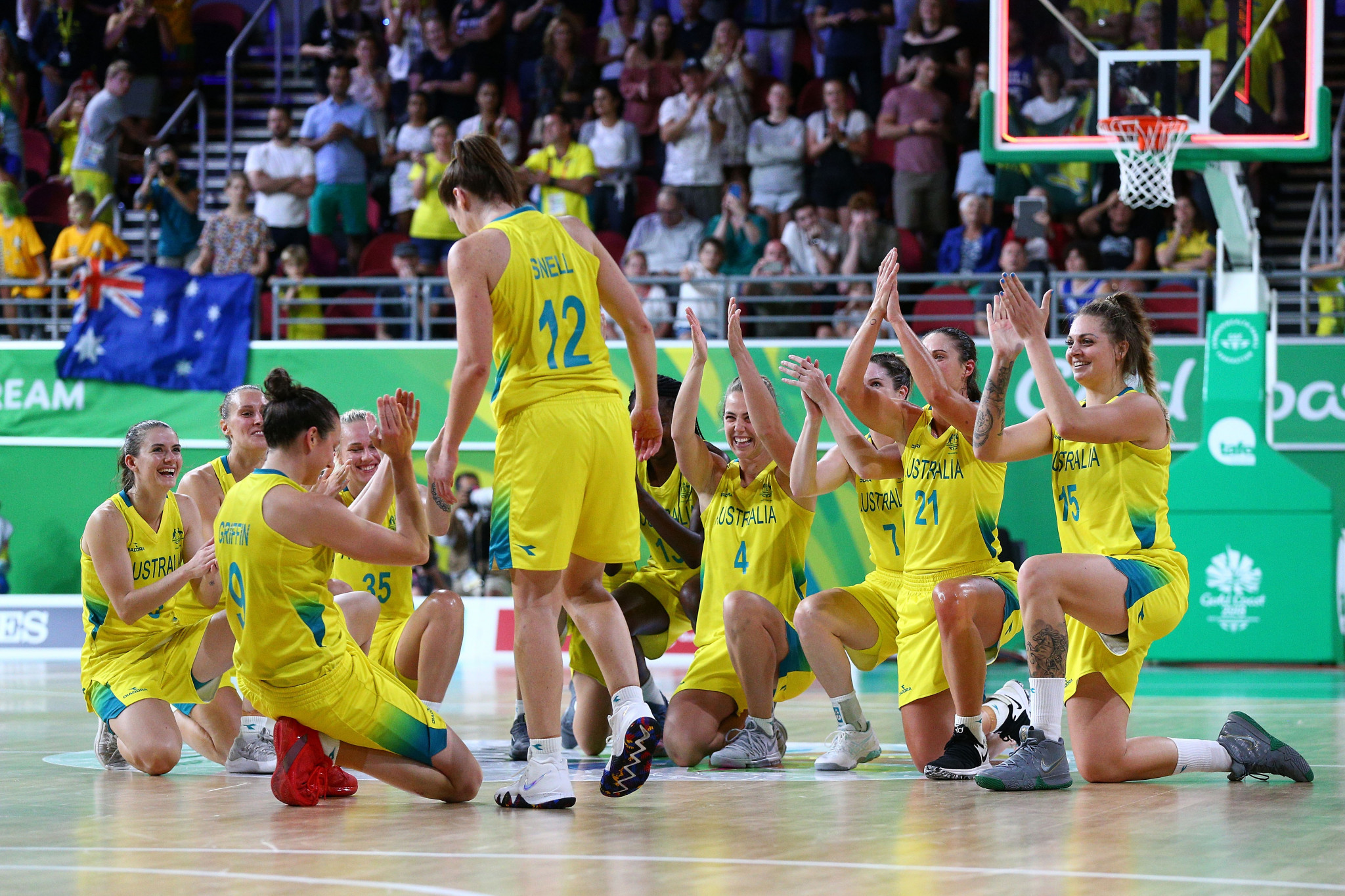 Australia cruised to victory in the women’s basketball gold medal match after brushing aside the challenge of England here today.

The Australian team headed into the competition as the clear favourites to claim victory, while England had performed above expectations in reaching the final.

Backed by a vocal home crowd, Australia surged into a 26-10 lead in the first quarter of the match, with their squad then refusing to ease the pressure on England.

Tempers flared in the second quarter when centre Elizabeth Cambage was disqualified from the match, following a technical foul for complaining to referees.

It came shortly after she was penalised for an unsportsmanlike foul for making contact with the head of England centre Azania Stewart.

Cambage would depart the match waving to the crowd, who increased the atmosphere with a flurry of boos for the officials.

The Australian team continued to dominate, despite the loss of the player who led the tournament in scoring and scored with all five of her shots to score 10 points.

Having led 49-31 at half-time, the Australians pulled further clear in the second half as they made completely sure of their victory.

Australia would ultimately seal a 99-55 victory to secure the gold.

"It showed the character of the team, maybe it made us a better team tonight,” said Sandy Brondello, Australia's coach.

“Teams, they can fall apart when the best player goes out.

“They just stayed steady and stayed together, in the end they realised they can believe in themselves.

"It's a good learning experience for Liz.

"She'll learn from it, but in the end, the team just stuck together.

“I thought we regrouped quite well, we maintained our poise and we lifted our pressure.

"It's unfortunate for the crowd not to see Liz because she's a special player."

England would have to settle for the silver medal, with New Zealand securing the bronze by beating Canada.

New Zealand outscored their opponents in the opening three quarters of the match, giving them a score cushion.

A late flurry of points saw Canada reduce the deficit, but they would ultimately fall short at New Zealand sealed a 74-58.