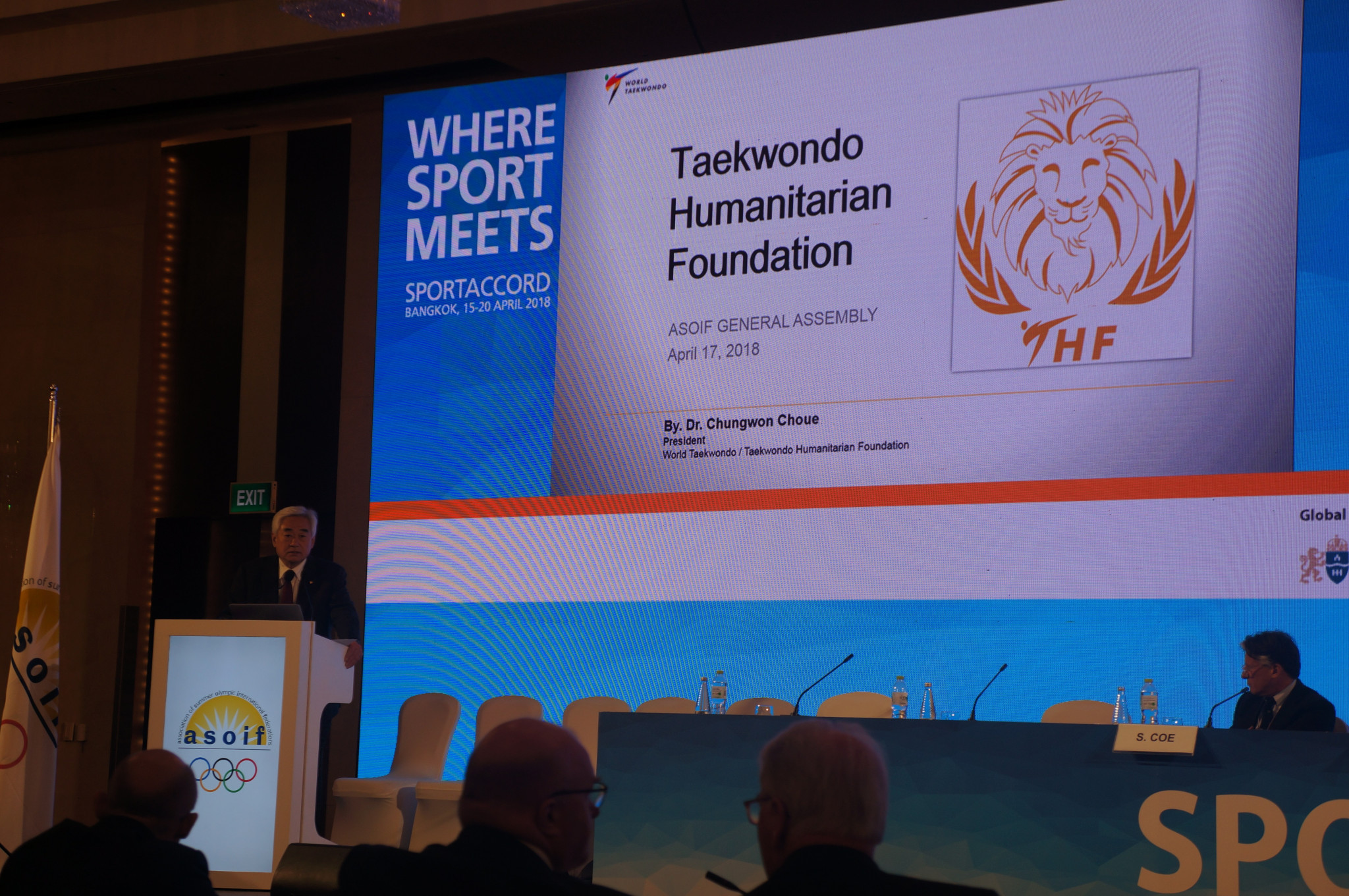 Choue, the THF chairman, was invited by Association of Summer Olympic International Federations (ASOIF) to speak at its General Assembly during SportAccord Summit here.

This was with the view to him providing the attending International Federations with an update on the THF’s activities.

A purpose-built Taekwondo Academy was recently opened in the Azraq Refugee Camp in Jordan.

The THF deploys coaches and equipment to refugee camps to teach young people taekwondo and use the sport as a vehicle for encouraging healthier living, understanding and peace.

Choue explained to the ASOIF General Assembly that the THF is looking to work with all stakeholders to ensure its projects are as meaningful as possible and that he would welcome the opportunity to partner with other International Federations.

"We face a grave global crisis," he said.

"There are over 22.5 million refugees worldwide, half of them are women and children."

Choue added: "The solution to this crisis can only be found through collaboration which is why we invite all IFs to collaborate with the THF and help us to empower the powerless.

"The THF is now operating in six countries around the world and over the last two years we have seen first-hand what a positive impact sport can have in young people’s lives.

"These young people are in desperate need of support and through taekwondo and sport we can provide them with so much joy and happiness and key skills for future life.

"We would like to offer a broader spectrum of Olympic sports and so we would be delighted to partner with other IFs and work together to provide refugee children with a greater variety of sports activities.

"Peace is more precious than triumph and by working together we can help make sure that peace triumphs."

It is claimed the power of taekwondo to promote peace and understanding was demonstrated at the Winter Olympic Games in February.

World Taekwondo and the North Korean-led International Taekwondo Federation performed a joint demonstration during the Opening Ceremony of the Games.

Choue described the performance as a "historic moment".

It was arranged as part of a Winter Olympic participation deal reached with North Korea in January.