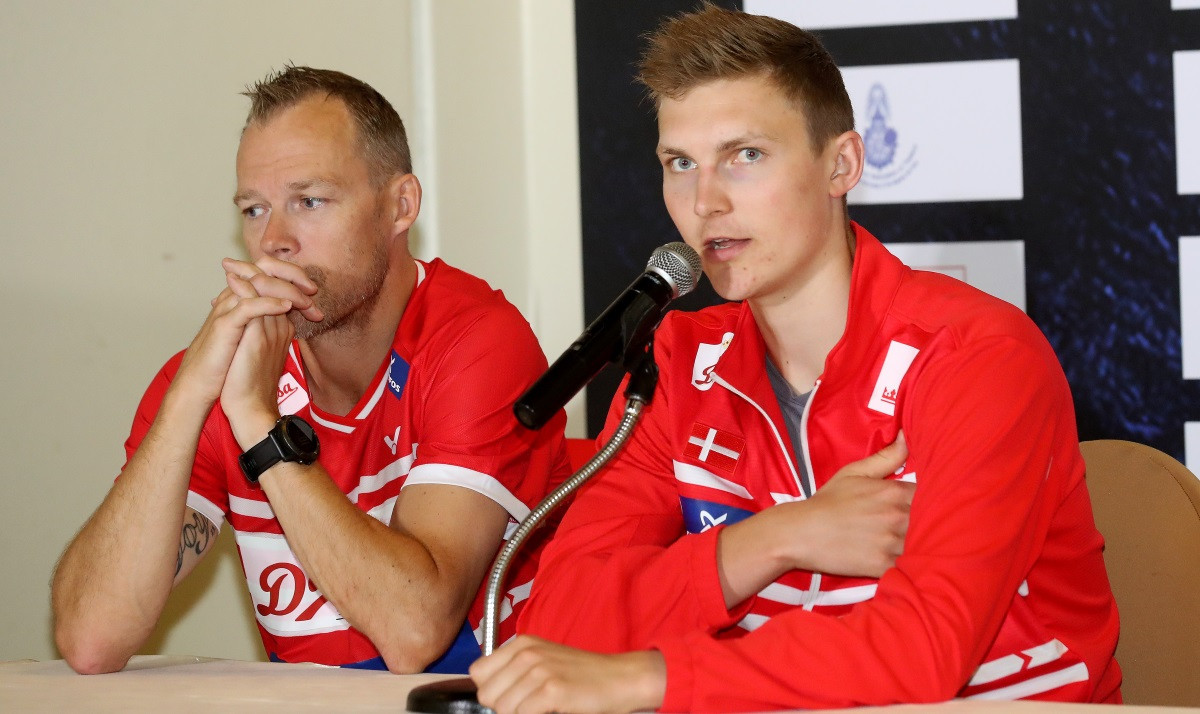 Defending champions Denmark have been backed by head coach Kenneth Jonassen to go all the way in this year’s Badminton World Federation (BWF) Thomas Cup, which is set to begin tomorrow in Bangkok alongside the Uber Cup.

The Danes made history in 2016 by becoming the first European country to win the biennial event.

And despite missing the services of key doubles star Carsten Mogensen, coupled with some of their top singles players having suffered injury trouble recently, Jonassen believes they have what it takes to retain their crown.

"I think the team this time is similar in strength to our team from two years ago," he said.

"In some positions we’re stronger.

"We are just as balanced which was the key to success last time.

"Many of our top opponents are just as strong.

"They’ve developed over the last two years and I can see us having a hard time to win the title again.

"But we feel comfortable.

"We’ve prepared well and overall we stand a good chance, but as I said, there are many countries that can go after the title, including Indonesia."

"It would’ve been nice to have him with Mathias [Boe]," the world number one said.

"But luckily we have strong doubles players in Denmark and we’ve showed before that we can still play really well in the men’s doubles."

Denmark, seeded second, will take on Malaysia, Russia and Algeria in Group D.

Top seeds China, the winners of five consecutive titles from 2004 to 2012, have been drawn against India, France and Australia in Group A, while 2014 champions Japan are in Group C along with Chinese Taipei, Germany and Hong Kong.

Hosts Thailand will compete in Group B against South Korea, Canada and 2016 runners-up Indonesia.

The teams will all play each of their fellow group members once at the IMPACT Arena with the top two from each group progressing through to the quarter-finals.

The same format applies to the women’s Uber Cup, which will see 2013 world champion Ratchanok Intanon attempt to guide hosts Thailand to a first-ever triumph at the event.

The home nation feature in Group B with Chinese Taipei, Germany and Hong Kong.

"Hopefully the crowd will support us through the week and we’ll do well," Intanon said.

"I do feel a little pressure.

"The home crowd will expect us to do well.

"I hope the team can come together and perform as a unit."

Top seeds Japan, led by reigning world champion Nozomi Okuhara, go up against India, Canada and Australia in Group A.

Second seeds China, the winners of the three most-recent editions of the competition and nine of the last 10, meet Indonesia, France and Malaysia in Group D.

Group C, meanwhile, is made up of South Korea, Denmark, Russia and Mauritius.

The group matches are scheduled to be held from tomorrow until Wednesday (May 23).

The quarter-finals and semi-finals are due to take place on Thursday (May 24) and Friday (May 25) respectively with the Uber Cup final on Saturday (May 26) and the Thomas Cup final on Sunday (May 27).