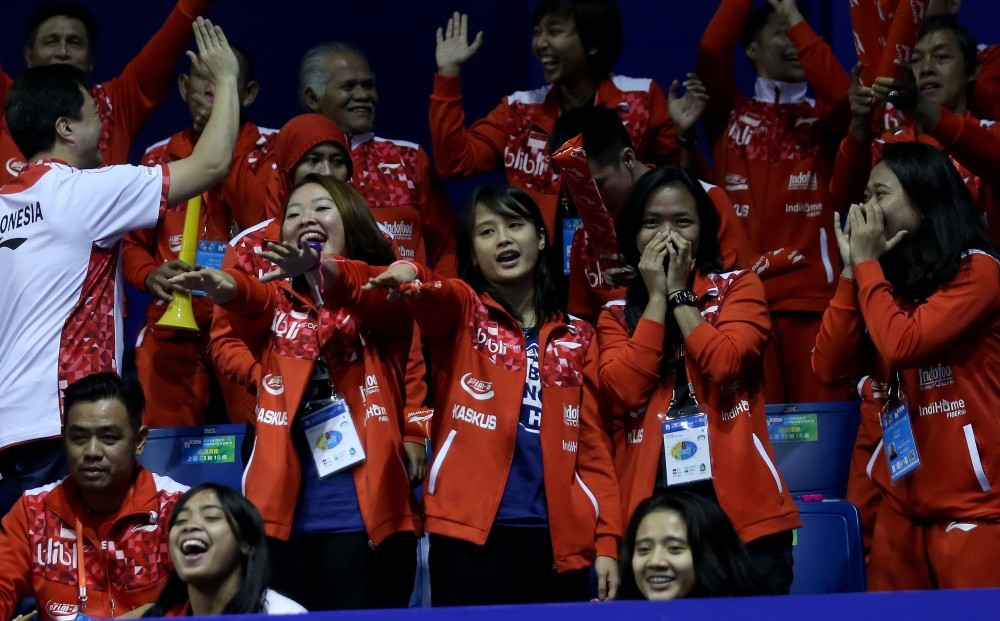 Despite being 13 times Thomas Cup winners, Indonesia have failed to win since 2002 and had not made the final since 2010.

After beating world champion Chen Long during South Korea's victory over China in the quarter-finals, Son Wan Ho continued his superb form to beat Jonatan Christie in the opening match.

But Indonesia fought back superbly thereafter as Mohammad Ahsan and Hendra Setiawan romped to victory over a below-par Lee Yong Dae and Yoo Yeon Seong.

Denmark, who have never claimed a Thomas Cup victory and made the last of three finals appearences in 2006, following on from their quarter-final victory over Japan with another 3-2 triumph, this time over Malaysia at the Kunshan Sports Center.

South Korea were the only side to make the semi-finals of both competitions, and their women enjoyed better fortunes than their male counterparts.

But 10-time champions China stand in their way after batting aside surprise semi-finallists India, 3-0.