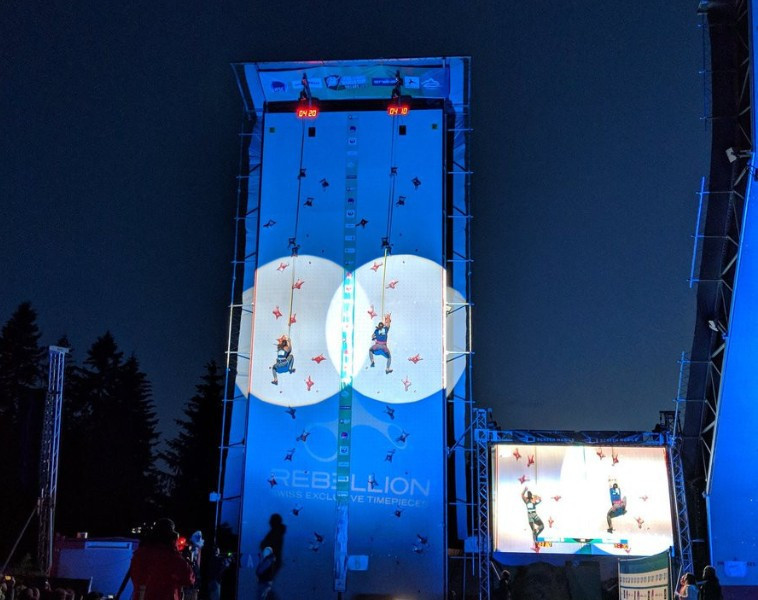 Russia and France each enjoyed 1-2 finishes in speed events on the International Federation of Sport Climbing World Cup circuit in Villars.

Competition concluded for the day with two evening finals at the Place du Rendez-Vous in the Swiss city.

Aleksandr Shikov returned to form to take the men's gold medal in a time of 6.67sec.

His fellow Russian Aleksandr Shilov finished 0.12 seconds behind to take the silver medal.

Ukraine's Danyil Boldyrev took the bronze medal after winning the small final in 6.00 - more than half-a-second faster than Shikov had recorded.

French opponent Bassa Mawem fell and had to be content with fourth place.

Consolation for French came when Anouck Jaubert won the women's event in 7.98 seconds.

Victoire Andrier completed the 1-2 with silver in 8.21.

Russia completed a full set of speed medals as Mariia Krasavina took bronze with 9.62 in the small final after a fall by Chinese rival Song Yiling.