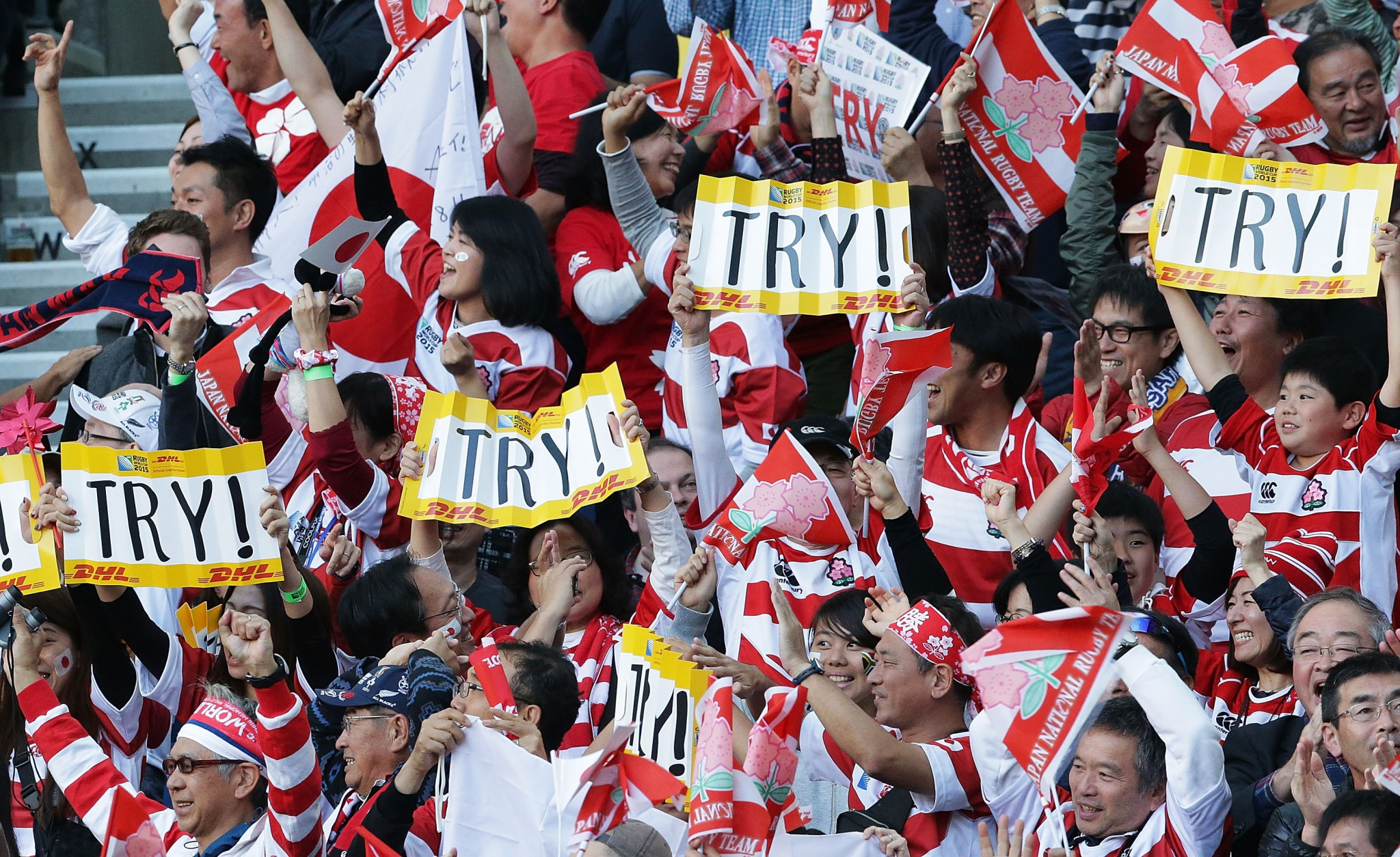 Japan 2019 have announced 38,000 applications have been made for the 10,000 volunteer positions for the Rugby World Cup.

The applications are claimed to be a record number for the tournament, with the closing date having now passed.

Organisers state each of the 12 host cities for the Rugby World Cup exceeded their targeted number of applicants.

Japan 2019 President and chief executive Akira Shimazu hailed the interest in the volunteer programme, which is called "Team No-Side".

"We are absolutely delighted with the incredible response to our Volunteer Programme 'Team No-Side,'" he said.

"Having received nearly four times the number of applications compared to the number of positions available is a fantastic achievement.

"The level of interest in each host city indicates just how enthusiastic people throughout the country are towards the hosting of Rugby World Cup.

"Our volunteers will be superb ambassadors for both rugby and Japan, welcoming domestic and international fans to a truly special rugby tournament.

"I extend my sincerest gratitude to all who have applied."

Organisers state the name "Team No-Side" is drawn from the early history of the game and claim it will resonate with rugby fans and players around the world.

In the early days of rugby, to signify the end of the match, the referee would call "No Side" to indicate that no side had the next possession of the ball.

The term was replaced in the modern game with full-time, but it still remains commonly used in Japan to show the mutual respect, camaraderie and friendship between all players and fans.

The volunteer programme application period ran from April 23 to July 18, with the selection process across the host cities set to begin in August.

The selection process will conclude by January 2019, with extensive training programmes then taking place through to June.

"Volunteers are the beating heart of Rugby World Cup and this incredible demand to be a Japan 2019 volunteer from people the length and breadth of the nation demonstrates the passion not just to be a part of the tournament, but to proudly showcase the very best of Japanese culture and hospitality," said Bill Beaumont, World Rugby chairman.

"This demand, coupled with significant ticketing demand reinforces our belief that Rugby World Cup 2019 will be a very special event on and off the field."

More than 400,000 foreign visitors are anticipated to travel to Japan for the tournament, which is being held in Asia for the first time.

The opening of the general ticket sales ballot will begin on September 19, with fans who have been unsuccessful in securing tickets so far encouraged to keep trying, as tickets are still available for all matches and in all categories.

Japan 2019 have encouraged fans to use the traffic-light indicator on the Rugby World Cup ticketing site that shows the level of ticket demand across every match.

They claim by choosing matches that are green or amber, fans have a far greater chance of securing tickets.

The Rugby World Cup will take place from September 20 to November 2 next year.