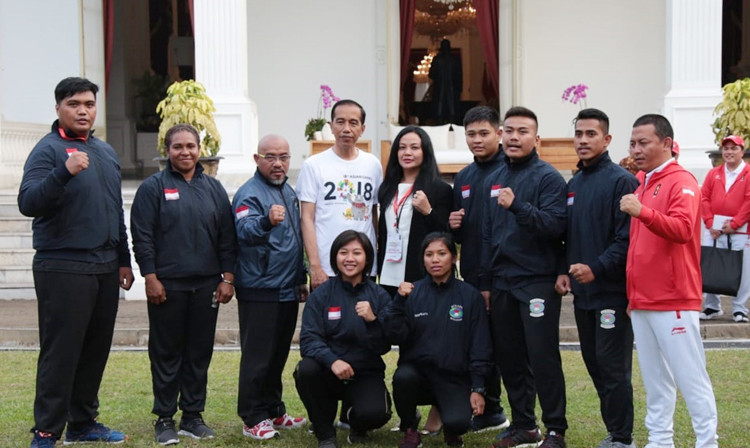 Sambo athletes were among members of the Indonesian Asian Games team to meet with the country's President Joko Widodo in Jakarta.

The national team were received at the Presidential Palace before the start of the event in the capital city and Palembang on Saturday (August 18).

He also supposedly "expressed confidence that the national team of Indonesia will be able to enter the top 10 countries at the end of the tournament".

Sambo is making its debut on the Asian Games programme in Jakarta.

The sambo tournament will take place from August 31 to September 1.