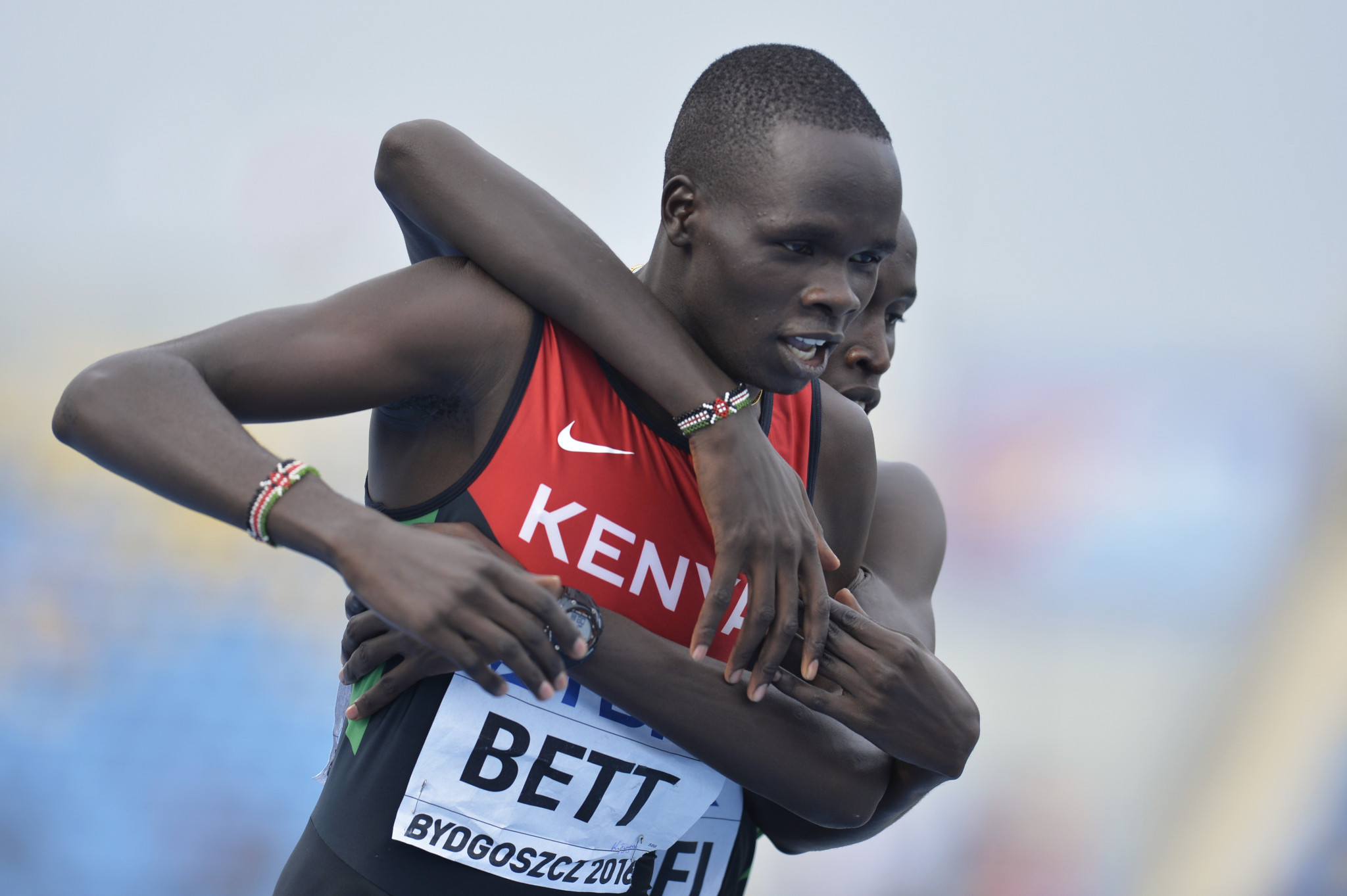 Bett told Kenyan newspaper the Daily Nation that he had received notification of the positive test from the Athletics Integrity Unit (AIU), which handles doping cases for the sport's worldwide governing body.

The 20-year-old, who claimed bronze at last year's World Championships in London and won the world junior title in the same event in 2016, is already serving a provisional suspension for evading a drugs test.

The case has not yet been confirmed by the AIU but Bett, one of 18 Kenyans currently provisionally suspended for a breach of anti-doping rules, said he had been notified.

"Yes, I have received a notification from AIU but I wonder how I could have tested for EPO when I had taken a break from competition to treat an injury after the Stockholm leg of the Diamond League in June," he said.

Bett can take epo all he wants but the inevitable will happen,he only beat me "just" by 0.04 while on EPO. It was like jaws had him swimming for his life.

Korir claimed AK, who recently established an Oversight Committee to tackle the spate of doping cases involving their athletes, had just finished filing the defence of the first charge against Bett.

The AIU announced last week that the 800m specialist was provisionally suspended for "refusing or failing to submit to sample collection".

British runner Kyle Langford, who finished 0.04sec behind Bett in the 800m race at the 2017 World Championships, was among those to react to news of Bett's failed test on social media.

It is not clear when exactly the Kenyan tested positive but if the 'B' sample returns the same result, he could face a lengthy ban from the sport.

If Bett's positive test is confirmed, he will join the likes of three-time Boston Marathon champion Rita Jeptoo and Jemimah Sumgong, the Olympic marathon gold medallist at Rio 2016, on the list of high-profile Kenyan athletes who are currently serving suspensions for doping offences.

Reigning Olympic steeplechase champion Ruth Jebet, who now represents Bahrain but continues to train and live in Kenya where she was born, has also been suspended since February following an EPO failure.

A case is also pending against three-time world champion and Beijing 2008 Olympic gold medallist Asbel Kiprop, after he tested positive for EPO in an out-of-competition test in November 2017.

Bett clocked a time of 1min 45.21sec when he claimed bronze at the World Championships in London behind silver medallist Adam Kszczot of Poland and French winner Pierre-Ambroise Bosse.

He was a member of the Kenyan team which took silver in the 4x800m at the IAAF World Relays in The Bahamas in April of the same year.