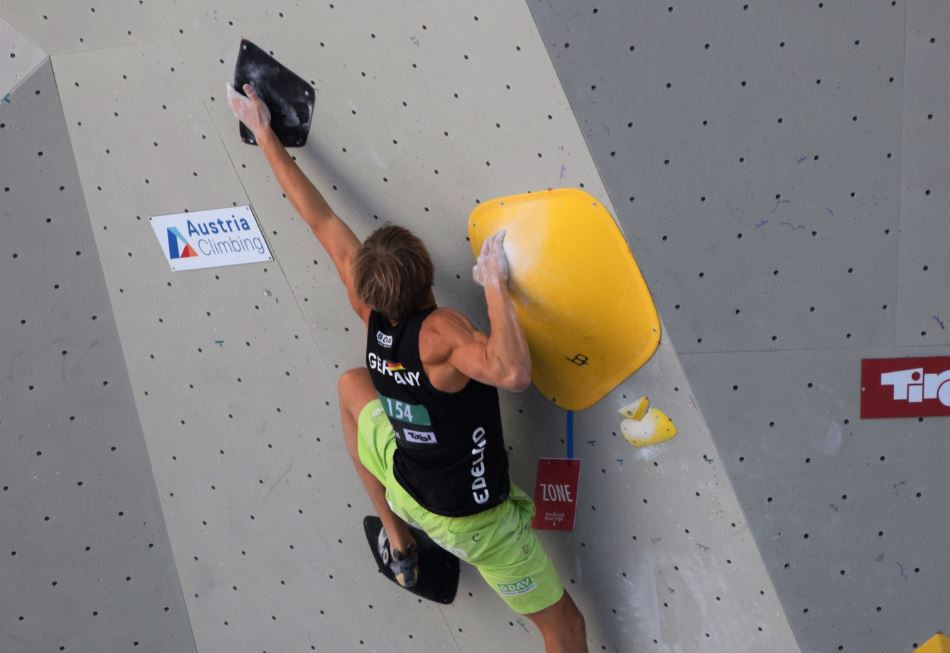 Slovenia's Jernej Kruder progressed to the semi-finals of the men's bouldering competition at the International Federation of Sport Climbing World Championships in Innsbruck.

Kruder produced a strong performance in one of two qualification groups in the Austrian city.

He led the standings in his group ahead of Japan's Kai Harada and Yoshiyuki Ogata.

The second qualification group was headed by Japan's Tomoa Narasaki.

Twenty climbers have made it through from the groups to the semi-finals in all.

Paraclimbing qualification also began today, with visually impaired climbers taking to the wall with the direction provided by sighted guides.

The finals of the men’s and women’s speed events are scheduled to take place tomorrow.