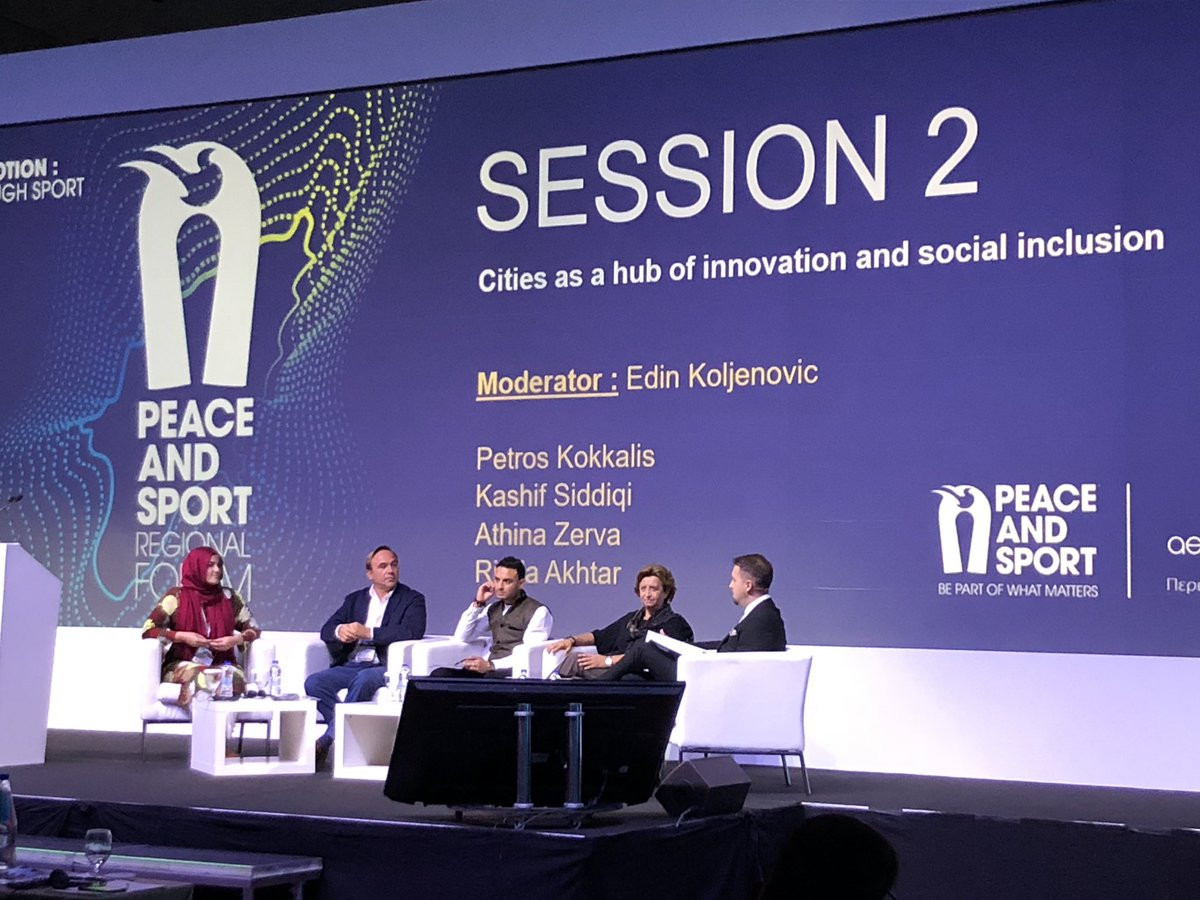 Improving the refugee crisis through sport was the main focus of the Peace and Sport Regional Forum here today.

The first session looked at the role of sport in creating peaceful communities, networks and regional cooperation, and was moderated by Marlene Harnois, the French Olympic taekwondo bronze medalist and Champion for Peace.

The Nobel Peace Prize Laureate 2015 Ouided Bouchamaoui of Tunisia spoke, alongside the founder of Athlenda and former basketball player Lazaros Papadopoulos of Greece, American Madeline Hung, co-founder of the Good Country, and Alex Canals, a regional representative of the FC Barcelona Foundation.

In the second session, moderated by Edin Koljenovic, a Regional Youth Cooperation Office (RYCO) Montenegro Officer, the topic up for discussion was cities as a hub of innovation and social inclusion.

The final session, looking at investing in human capital for social and economic development, was moderated by Honey Thalijeh, the first ever captain of the Palestinian women's football team.

Despite the different topics of discussion suggested by the title of each session, much of the discourse centered around the refugee issue.

Many of the speakers had first hand experience of sport having a positive impact on the lives of refugees and so raised this as an example.

The use of sport as a soft power in global politics was also prominent among the speakers, as well as the ability of sport to change someone's life completely.