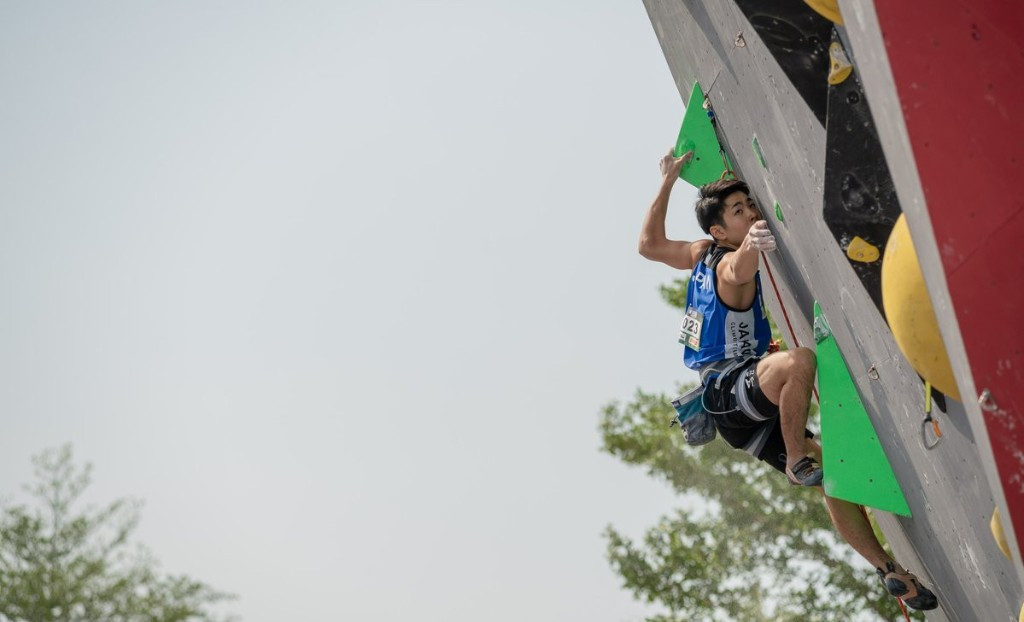 Hosts Japan and Indonesia both had strong days at the International Federation of Sport Climbing Asian Championship in Kurayoshi.

Indonesia managed a whitewash in the men's speed event at the Kurayoshi Sport Climbing Centre and they won gold and bronze in the women's speed final as well.

For the hosts, it was Kokoro Fuiji who claimed the Asian title in the men's lead event, after a very tight final in which he scored the same as his compatriots Hidernasa Nishida and Tomoaki Takata - 32+.

Fuiji was given the gold though as he reached the top of the wall in the semi-final.

Japan also took two medals in the women's lead final, although they were beaten to the gold by Jain Kim from South Korea, who reached the top of the wall in both the semi-final and final.

Akiyo Noguchi won the silver with a final score of 34+, while the bronze was won by Mei Kotake who scored 31 in the final.

In the men's event the gold went to Alfian Muhammad who reached the top of the wall in 5.833secs, in front of his compatriot Sabri Sabri who finished in 5.836.

Bronze was taken by Aspar Jaelolo who was the fastest semi-final loser, finishing in 5.878.

Lastly, in the women's speed event, Indonesia took the gold through Sari Agustina who finished in 8.366, but this time silver was taken by China.

Yi-Ling Song came second after reaching the top in 9.151, while the bronze was won by yet another Indonesian in Aries Susanti Rahayu.