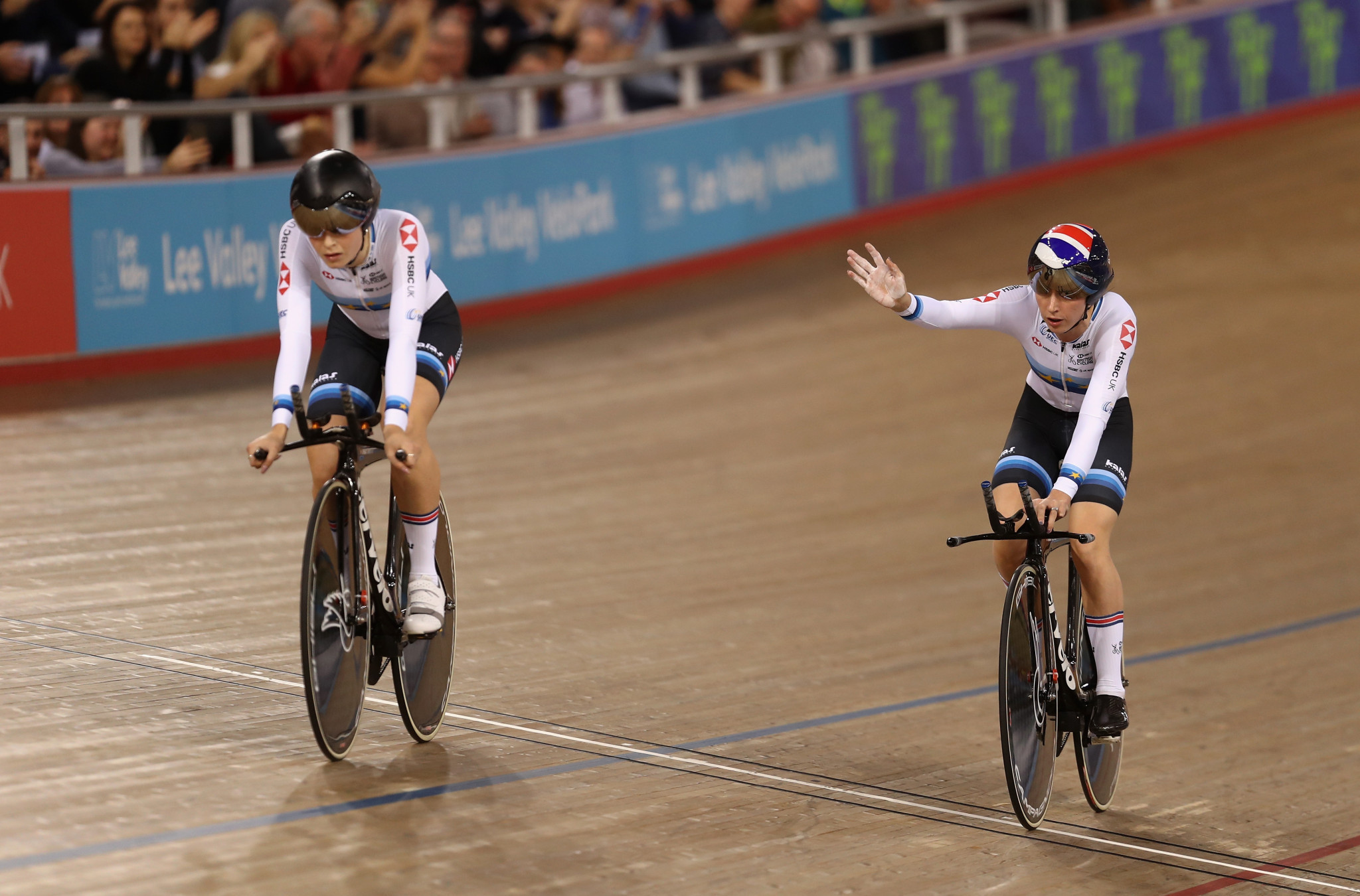 Hosts Britain celebrated team pursuit gold on the opening day of the International Cycling Union Track World Cup as Para-cycling events featured on the programme for the first time.

Britain’s women’s team pursuit squad won their first round contest at the Lee Valley Velopark to set up a clash with the United States.

Their team of Katie Archibald, Eleanor Dickinson, Neah Evans and Laura Kenny clinched victory by overtaking their American opposition midway in the final.

Bronze was earned by Italy as their team produced a time of 4min 23.765sec in their ride off against Team Breeze, as the trade team finished in a time of 4:24.512.

China secured women’s team sprint honours as their pairing of Lin Junhong and Zhong Tianshi achieved a time of 32.771sec in the final.

Miriam Welte and Emma Hinze of Germany were forced to settle for second place in a time of 32.808, while The Netherlands beat France in the battle for the bronze medal.

Netherlands celebrated victory in the men’s team sprint competition as their team overcame British challenge in the gold medal ride.

Roy van den Berg, Harrie Lavreysen and Matthijs Buchli achieved a time of 42.789 to win the final, while Britain ended in 44.186.

Track World Cup history was made by The Netherlands’ Alyda Norbruis as she was the winner of the first Para-cycling gold medal at the event.