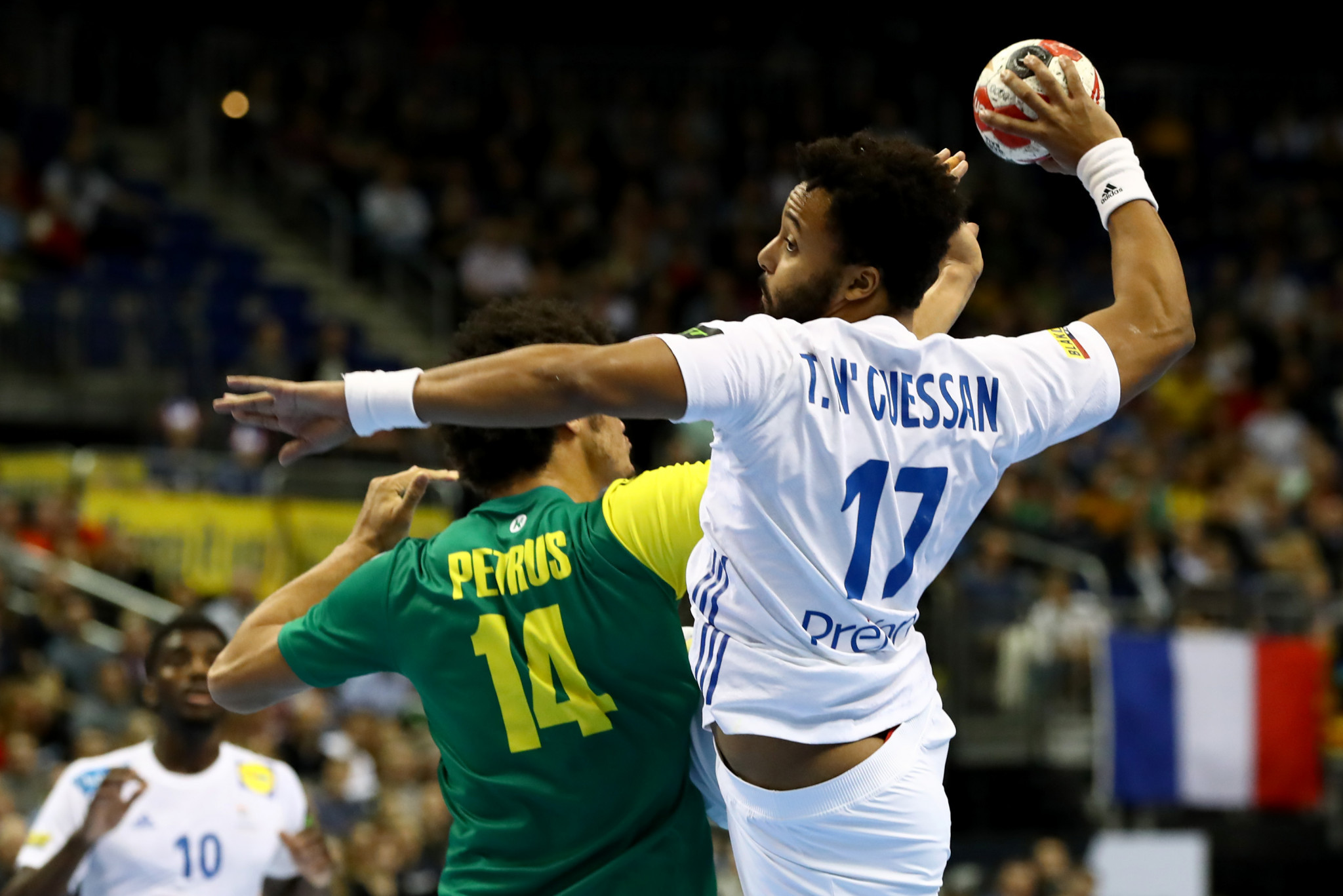 France defeated Brazil 24-22 to secure three points in Group A at the Mercedes-Benz Arena in the German capital.

The defending champions ended the first half of the fixture 16-13 up, only for their performance faltered in the second half, with Brazil scoring nine goals to France's eight in front of a crowd of 10,529.

Their next test is set to be be against Serbia tomorrow.

The other Group A game saw Serbia and Russia draw 30-30.

The game was equally contested throughout, with the first half ending 16-16 and the second 14-14.

In Group B fixtures at the Olympiahalle in Munich, Spain defeated Bahrain 33-23, Croatia beat Iceland 31-27 and Macedonia triumphed against Japan 38-29.

The Group C games at the Jyske Bank Boxen in Herning in Denmark saw Austria defeat Saudi Arabia 29-22 and Norway win against Tunisia 34-24.

Argentina and Hungary drew 25-25, while Sweden were 27-24 victors over Egypt.

Tomorrow is scheduled see the two host countries in action, with Germany taking on Brazil in Berlin in Group A and Denmark meeting Tunisia in Herning in Group C.

In addition, Austria will play Chile and Norway take on Saudi Arabia in Group C.

The other match of the day sees Russia face the unified Korea team in Group A.