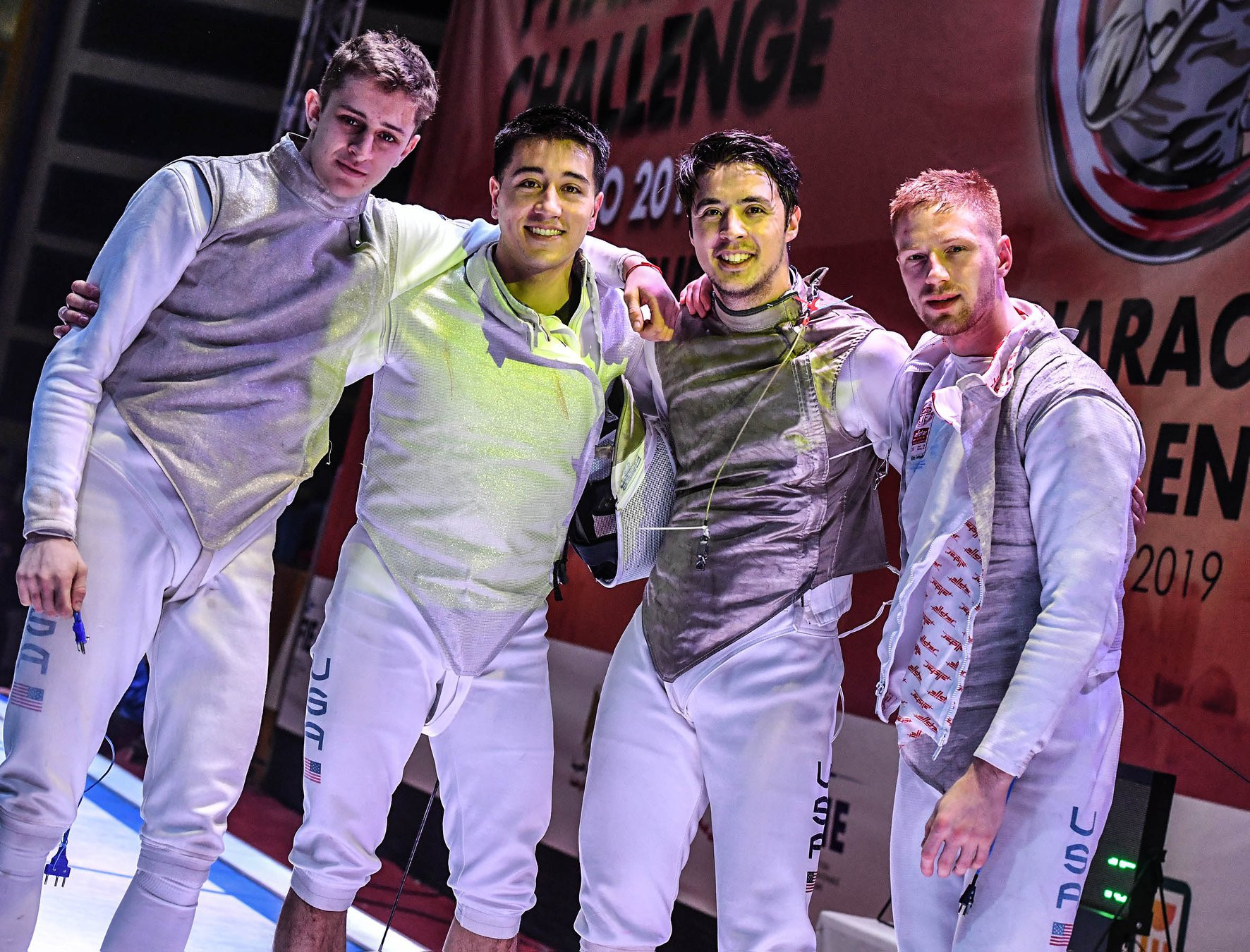 The United States beat France to the team gold medal on the last day of competition at the International Fencing Federation (FIE) Men's Foil World Cup in Cairo.

The trio of Race Imboden, Alexander Massialas and Gerek Meinhardt proved too strong for Erwann Le Péchoux, Maxime Pauty and Enzo Lefort in the final at the Cairo Stadium's Indoor Halls Complex, winning 45-34.

The US had earlier beaten South Korea 45-43 in the semi-finals.

France reached the final by defeating Italy, the bronze medallists, 45-41.

Italy had earlier beaten the US 44-43 in the semi-finals.