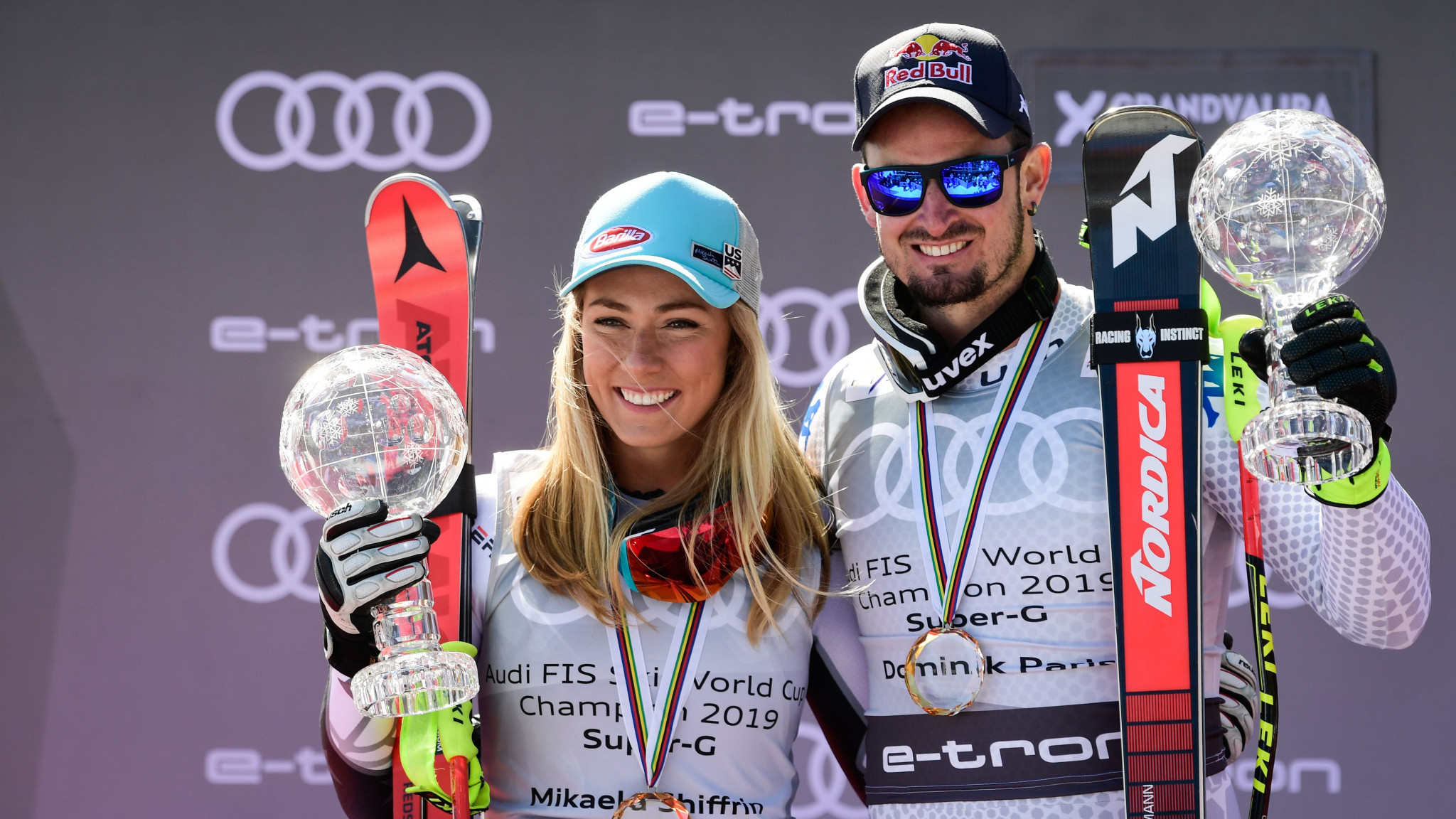 Mikaela Shiffrin, already the overall and slalom Alpine Skiing World Cup champion, claimed another title today as fourth place in the final super-G race of the season in Andorra proved enough for her to claim a third crystal globe.

On a day when Italy's Dominik Paris secured the men's super-G globe, the US double Olympic champion from Vail, Colorado is now within striking range of becoming the first skier, male or female, to win titles for the overall, slalom, super-G and giant slalom in the same World Cup season.

Viktoria Rebensburg of Germany won the race on the day in Soldeu, finishing 0.15sec in front of Austria's Tamara Tippler and Federica Brignogne of Italy, who was 0.34 back.

Shiffrin finished with 350 points overall, in front of Austria's downhill champion Nicole Schmidhofer on 303 and Liechtenstein's Tina Weirather who totalled 268.

Paris was in capital form as he added the super-G crown to his world title today on the Aliga Course.

After winning yesterday's downhill the Italian had begun with a 44-point cushion over Vincent Kriechmayr of Austria in the men's super-G charts.

But four other skiers - Aleksander Aamodt Kilde and Kjetil Jansrud of Norway, Matthias Mayer of Austria and Switzerland's Mauro Caviezel - were also in contention.

The stakes were high - but in the end Paris replicated his downhill and super-G double in Bormio and Kvitfjell, Norway, earlier this month.

Paris did not only defend his lead in the Cup standings but also extended it in taking his seventh win this season in 1:20.42, to emphasise his domination in the men's speed events, finishing with 430 points.

With his second place in today's race, Caviezel claimed his fourth podium this season, 0.15 behind Paris.

The Swiss athlete started the season with strong results in Lake Louise and Beaver Creek and managed to stay in the game all the way to the end.

This additional podium also allowed him to secure third place in the season standings with 324 points.

Kriechmayr, who finished 0.44 back on Paris in third, had plenty to feel content about.

Not only did he find his way back to the podium after three fourth places in a row in super-G, but he finished in second place in the overall standings on 346.

With two medals at the World Championships and two medals in the season rankings, he can look back at a successful campaign.

Jansrud was fourth, 0.58sec behind, and one place ahead of Austria's Christof Innerhofer who was at 0.70 back.

Switzerland's Beat Feuz, whose sixth place in yesterday's downhill was enough to secure him the overall World Cup title in that discipline, finished ninth.

With today's super-G, the speed season of the Alpine Skiing World Cup is now over.

Tomorrow, an Alpine team event will be held before the two final days of technical racing in Soldeu.