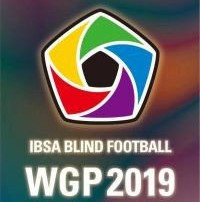 Defending champions Argentina made it two victories from two at the Blind Football World Grand Prix in Tokyo as hosts Japan collected their first win.

The South American nation defeated England 2-0 at Shinagawa-ku Tenno Park to back-up their Group A win over Thailand yesterday.

England were unable to build on their opening day victory against Turkey, who drew 1-1 with the Thais today.

In Group B, Japan impressed on home soil by beating Colombia 2-1.

It means a first win after they drew 0-0 with Russia on day one.

Spain followed their 3-2 win over the Colombians yesterday by beating the Russians 4-2 today.

Group stage action will conclude tomorrow, with Spain and Argentina now assured of a place in the last four.

The semi-finals will go ahead on Saturday (March 23) with the final scheduled for Sunday (March 24).

The event comes with the sport preparing to feature at the Tokyo 2020 Paralympic Games.