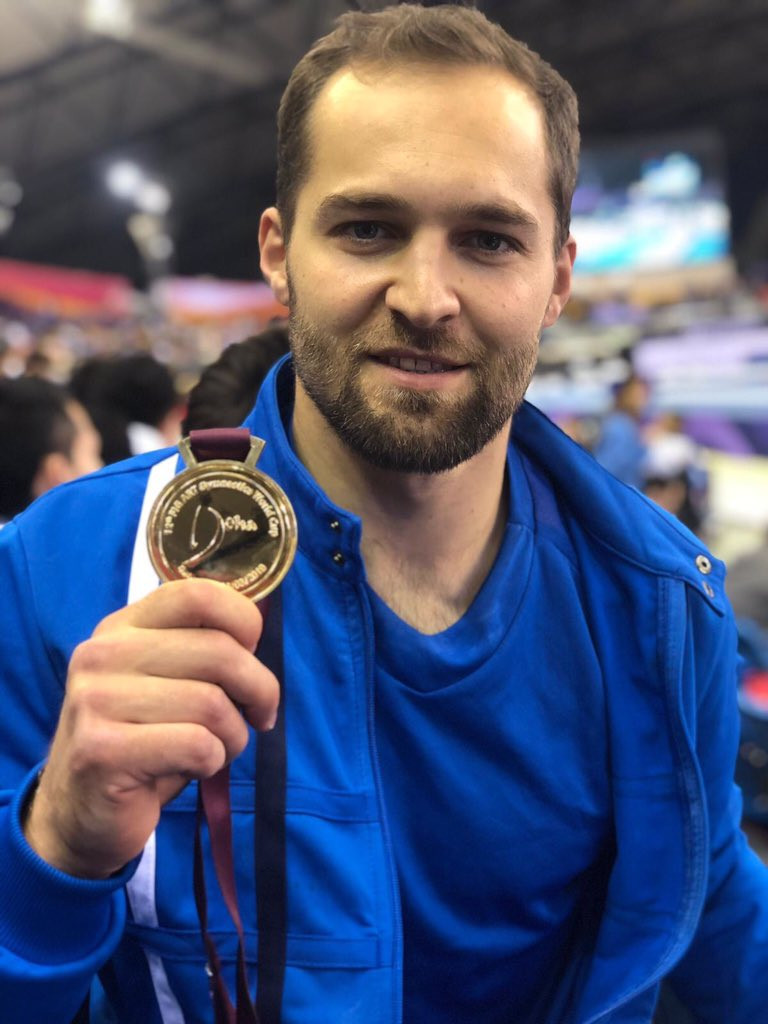 His victory, secured with a score of 14.633 points at Aspire Dome, saw the Israeli national anthem played and flag flown for the first time at an event in Qatar.

Traditionally, organisers of sporting events across the Muslim world have not allowed the Israeli flag to be displayed due to poor political relations.

Earlier this year, Malaysia was stripped of the rights to host the World Para Swimming Championships after their Government banned Israeli athletes from competing.

Two years ago, the organisers of the World Judo Championships in the United Arab Emirates refused to fly the Israeli flag or play the national anthem when Israeli judoka Tal Flicker won gold in the under-66 kilograms division.

Flying the flag and playing the anthem was allowed at last year’s World Gymnastics Championships, also held at Aspire Dome, but no Israeli gymnast won a gold medal at the event.

Reports in the Arab press, however, said many had criticised the move on social media.

The Saudi television network Al Arabiya claimed many had labelled it "declared normalisation", while noting many Qatari news agencies had ignored Shatlov’s win.

The Israeli claimed victory ahead of Spain's Rayderley Zapata and Carlos Edriel Yulo from the Philippines, who scored 14.433 and 14.266 points respectively.

The teenager put in a strong performance to score 14.355 points and beat Belgium’s Nina Derwael and France’s Olympic finalist Marine Boyer, who managed 13.633 and 13.333 respectively.

Lan Xingyu gained the gold medal in the men’s rings, as did world parallel bars champion Zou Jingyuan in his specialist event.

Xingyu triumphed in the rings with a score of 15.100 points ahead of two Armenians, Artur Tovmasyan and Vahagn Davityan, while Jingyuan scored 15.700 to beat Russia’s Vladislav Poliashov and Australia’s Mitchell Morgans.

Also performing strongly was the United States' Jade Carey, who won the women’s vault and floor in a repeat of the feat she managed in Baku last month.