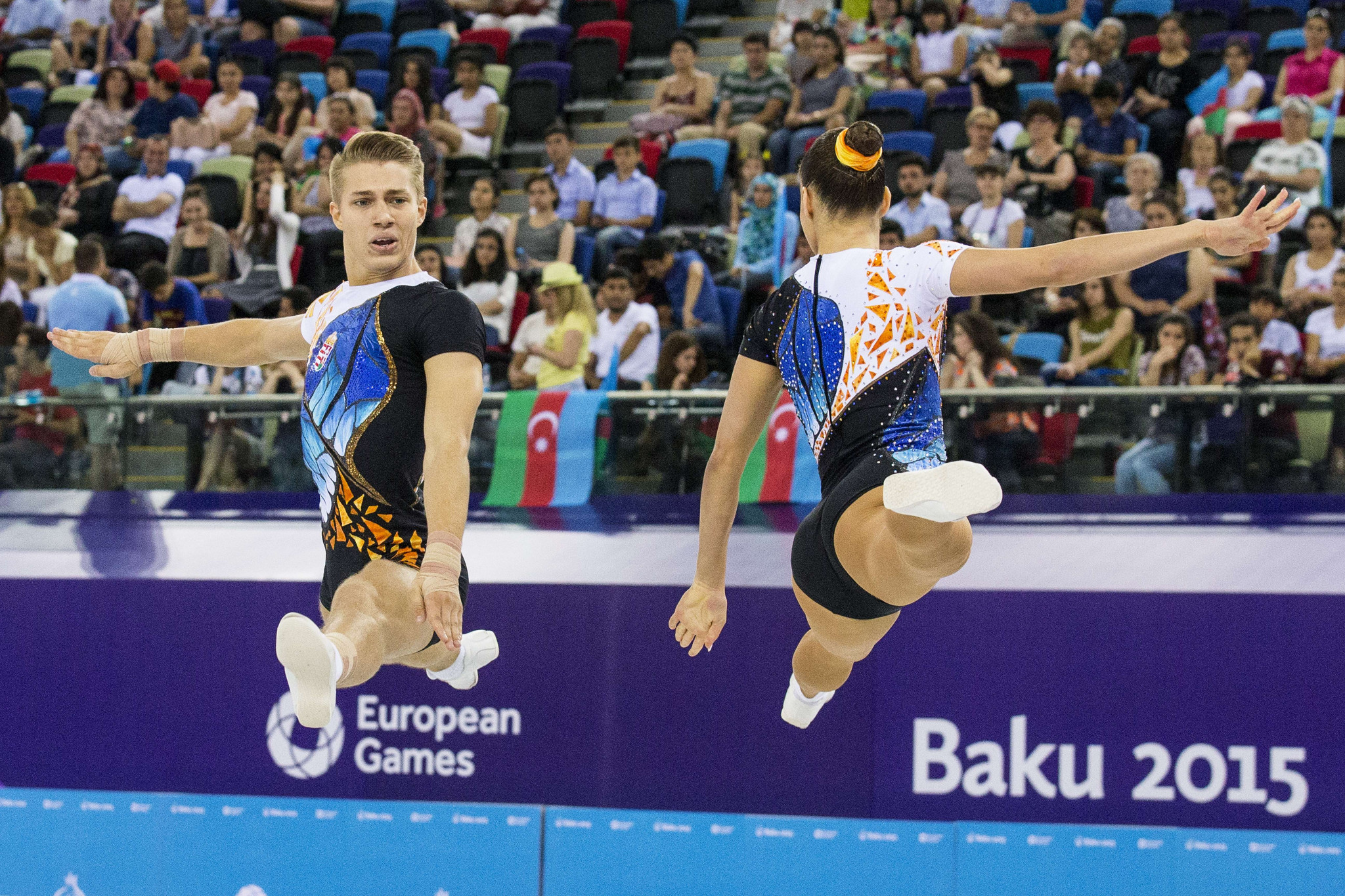 The world silver medallist gained his first win in the individual men’s final with a score of 22.450 at Os Marialvas Sports Hall.

In qualifying, Bali was the only athlete to surpass the 22-point mark but today one other athlete managed the feat.

A score of 22 exactly gave Russia’s Roman Semenov silver, ahead of Brazilian Lucas Barbosa, who scored 21.600 for bronze.

After a short break during which the individual women’s final took place, Bali won the mixed pairs alongside partner Fanni Mazacs.

Having topped qualifying on Saturday (March 30), the pair dominated again to win with 21.900.

Bali and Mazacs won another gold alongside Albert Farkas in the trios event, scoring 22.166.

Of the five finals, only two were not won by Hungary, the individual women and group events.

They beat teams from Russia and China to top the podium.