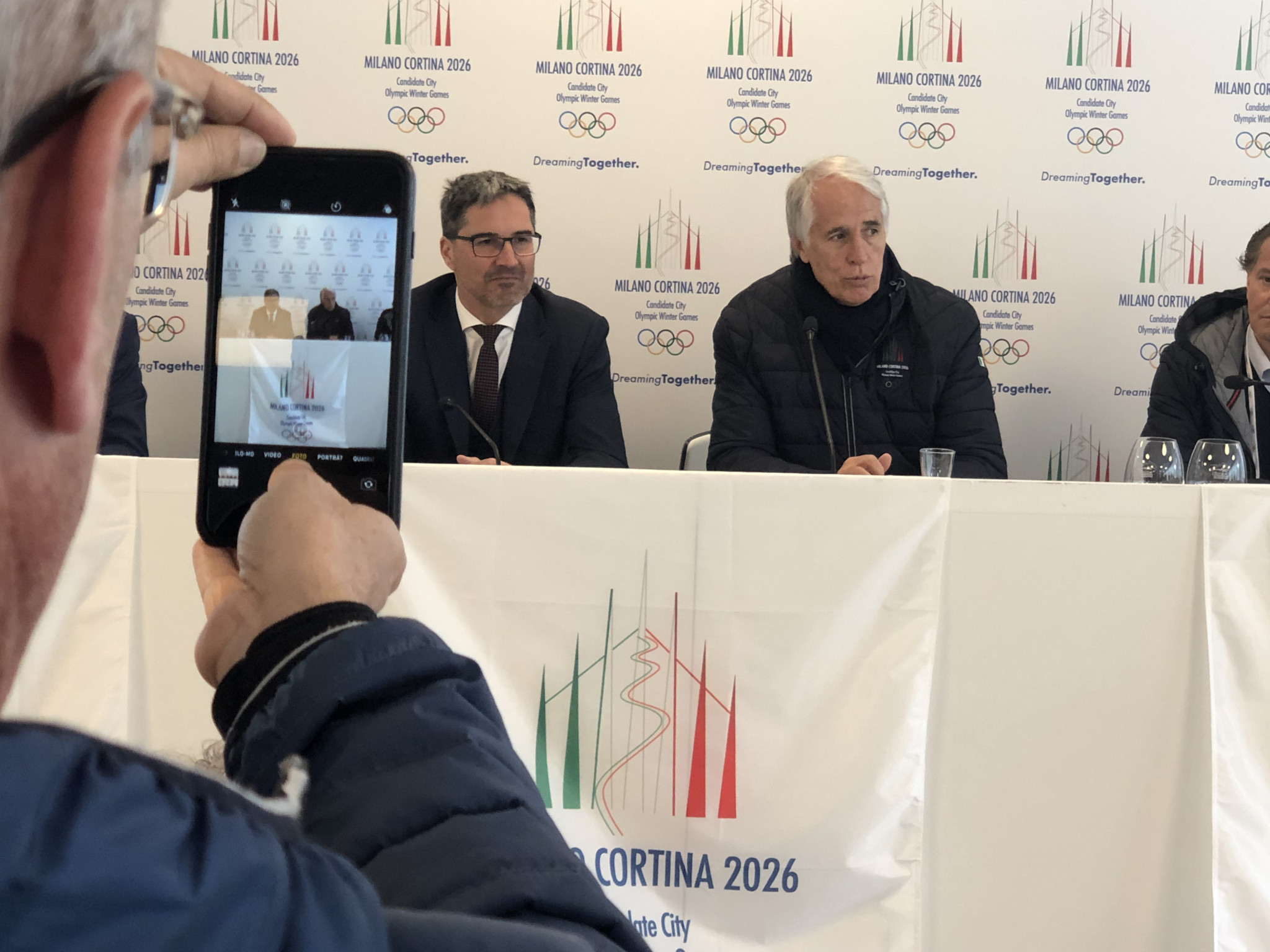 A bid from Milan and Cortina d'Ampezzo for the 2026 Winter Olympic and Paralympic Games will not be tested by a referendum because Italy's Sports Secretary Giancarlo Giorgetti claimed there was no need because it already has plenty of public support.

This bid campaign has again been marked by candidates being forced out of the race because of lack of backing from local citizens.

Calgary in Canada and Sion in Switzerland both dropped their bids after losing referendums, while Graz in Austria pulled out when it was announced a petition to hold a local poll had been given approval.

Giorgetti, though, insisted such a referendum was unnecessary in Italy because the bid enjoyed a broad range of public support.

"It doesn’t need a referendum.

"There is so large a majority of people that support it.

"I’m sure future local administrations will support this bid."

It was a welcome decision following the collapse of two bids from Rome for the 2020 and 2024 Summer Olympic and Paralympic Games due to lack of political support.

Cortina is due to host Alpine skiing, curling and sliding sports if Italy is awarded the Winter Olympic Games ahead of its only rival, Stockholm Åre 2026.

The IOC Evaluation Commission then visited Antholz to visit a new stadium being built for next year's International Biathlon Union World Championships.

They completed the first day by travelling to Val di Fiemme where they saw the venues proposed for speed skating, cross-country skiing, Nordic combined and ski jumping.

They are spending the evening in Cavalese before travelling to Livigno in the morning to look at the facilities for snowboarding and freestyle skiing.

"I'm optimistic after the first day but I'm trying to keep my feet on the ground," Malagò said,

"The sites, the clusters, were presented perfectly.

"I think the Commission's judgement will be positive.

"It's a stage race, what we're doing today is not a warm-up, it's already part of the competition that will be the vote."

The IOC Evaluation Commission, who visited Stockholm Åre 2026 last month, are due to produce a report by the end of May.

The vote to choose the host city is scheduled to take place at the IOC Session in Lausanne on June 24.