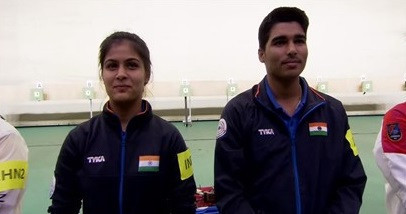 The podium remained the same – in terms of countries – for the air pistol event, with Manu Bhaker and Chaudhary Saurabh taking gold for India.

They beat China’s Ranxin Jiang and Wei Pang in the final, with Russia's Vitalina Batsarashkina and Artem Chernousov third.