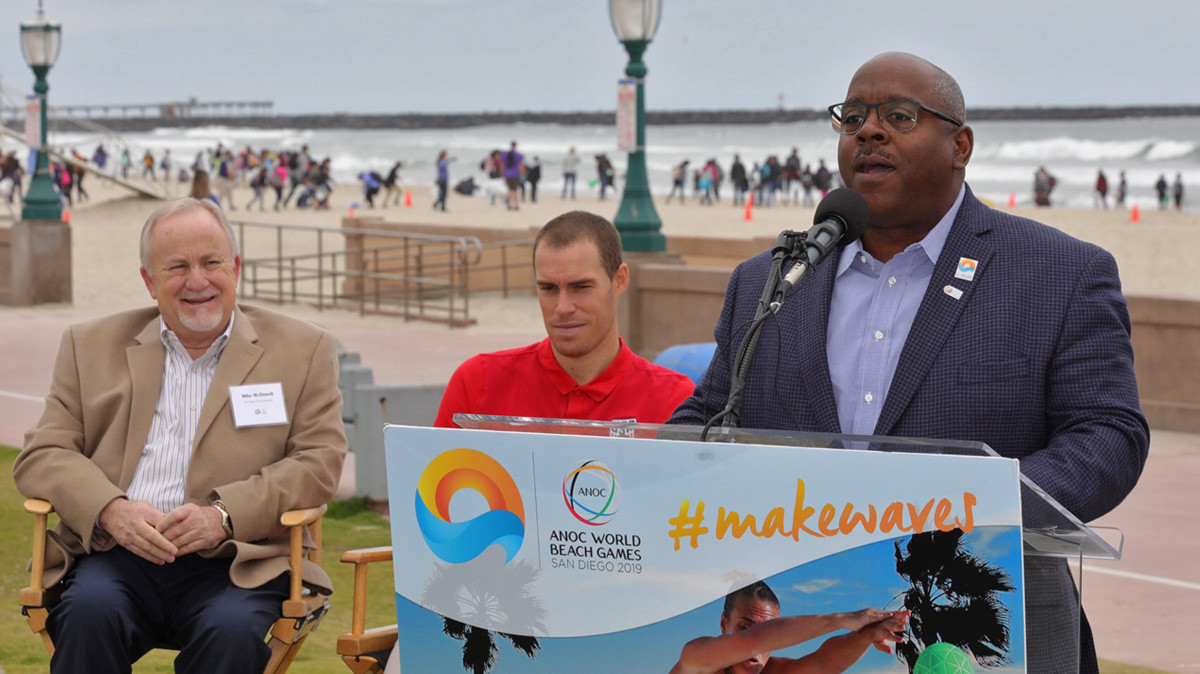 Association of National Olympic Committees (ANOC) World Beach Games chairman Vincent Mudd claimed he had spoken to 300 companies in order to raise sponsorship for the event in San Diego before it was cancelled.

ANOC announced yesterday that they were relocating the Games because Californian organisers could not secure the necessary financial backing and were now seeking an alternative venue.

The news was relayed to ANOC's members in a letter sent by its secretary general Gunilla Lindberg.

"We were never looking for Government funding, because in the US, you don’t have Governments funding these Games, so we needed these inaugural games to stand on their own by finding corporate sponsorships," Mudd, head of the San Diego Exploratory Foundation, organisers of the event, told the San Diego Union-Tribune.

"And what we were unable to do was identify that corporate sponsor to fully fund the Games."

San Diego 2019 had a television deal for the domestic United States rights with NBC Olympics and owned 100 per cent of the marketing rights but were still unable to attract major private funding.

"The issue was the companies wanted to see the Games happen first and then jump on board for maybe the second edition," Mudd told the San Diego Union-Tribune.

San Diego had been awarded the event by ANOC in 2015 and they had been due to take place in 2017 before being pushed back a further two years to 2019.

Mudd was attempting to raise $20 million (£16 million/€18 million) to pay to transport the athletes and accommodate them as well as build the temporary venues to host the sports on iconic landmarks like Mission Beach for the Games scheduled to take place between October 10 and 15.

Joe Terzi, chief executive of the San Diego Tourism Authority, admitted it was always going to be tough for the city to raise the multimillion-dollar sum needed to stage such a world-class event.

"There will be some negative press but this is not a knock on San Diego," he told the San Diego Union-Tribune.

"We’re not a city blessed with headquarter corporations.

"You don’t have the resources to go to a Microsoft or an Oracle.

"And it was an event that had never happened before."

ANOC have already opened negotiations with other interested cities willing to take over organisation of the World Beach Games and its General Assembly, with delegates from 206 National Olympic Committees, due to take place alongside it.

A city in Asia is the favourite.