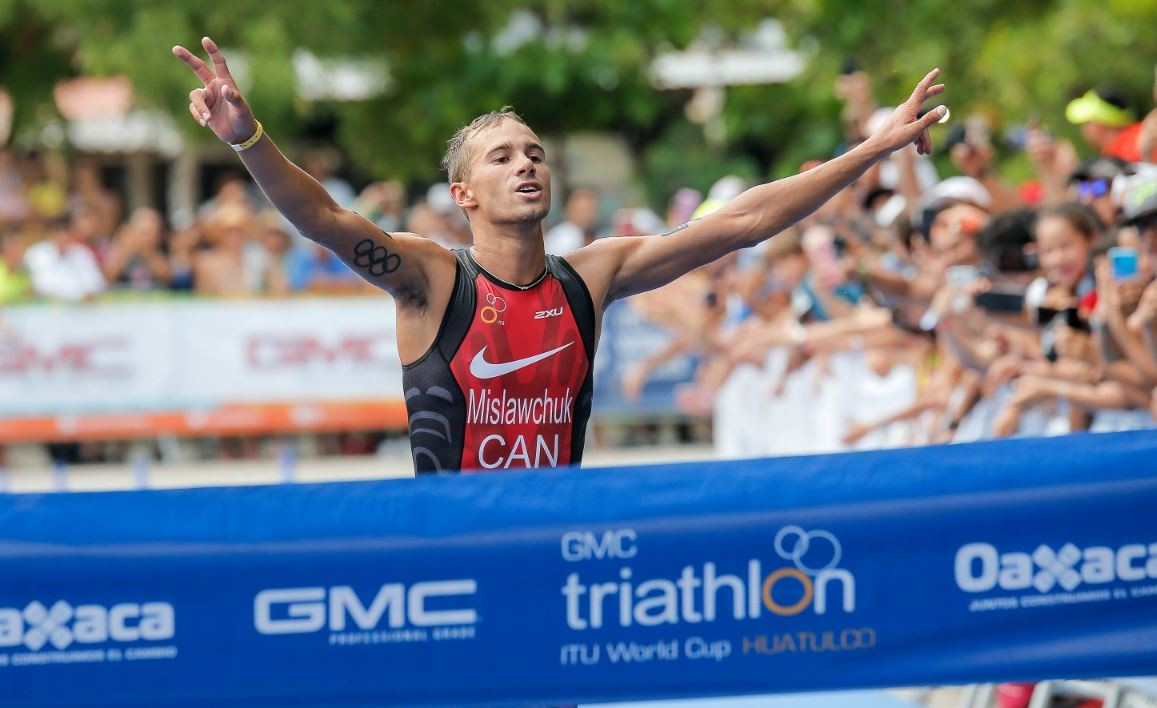 The race favourite arrived in the Mexican city a week ahead of the World Cup to acclimatise to the intense heat and humidity with Mexican native Rodrigo Gonzalez expected to push him all the way in a race featuring a 750 metres swim, 20 kilometres bike and 5km run course

After executiing his plan perfectly, Mislawchuk, winner in Mooloolaba in March, built an unassailable lead on the run home to take glory.

A visibly drained Mislawchuk was delighted that his preparation paid off in Mexico.

"I ran my own race right from the start and it seemed to work," he said.

"It's nice to find the legs again.

"I never thought I would win one World Cup let alone two, I am over the moon."

Gonzalez had won the 2018 edition of this race  and was given a rapturous welcome as 65 elite men lined up along Santa Cruz Bay.

It was Americans William Huffman and Alex Wilimovsky, though, who joined Mislawchuk and Shogo Ishitsuka in leading the field out of the water.

Mislawchuk had the fastest transition and set off on the four-lap bike course with home favourite Gonzalez languishing 25 seconds behind the main pack.

The Mexican quickly closed on the leaders and pushed his way into the top five.

Jumpei Furuya of Japan got the jump on his rivals to move clear going back into transition.

Edson Gomez and Mislawchuk took chase and it was the Canadian who made the first move of the run as he opened up an 11-second gap over the field.

There was no looking back and Mislawchuk claimed a second World Cup win of the season in 55min 04sec, with American Morgan Pearson in second, seven seconds behind but eight clear of Manoel Messias from Brazil as Gonzalez faded to seventh.

Summer Rappaport lived up to her top-seed status in Mexico as the high temperatures and humidity made for challenging conditions.

The American had earned a silver medal at the World Triathlon Series event in Yokohama but turned that into gold in Huatulco with a blistering 5km run that decimated her rivals.

A mass of 30 women entered transition together after a frantic swim and it was Brazil's Luisa Baptista who got into the front seat, closely followed by Spaniard Sara Perez Sala and Adriana Barraza.

Jockeying for position, Baptista and Rappaport exchanged the lead several times but the mass group continued back to transition after four laps of the bike course.

From there it was one way traffic for Rappaport as she blazed through the run to finish nine seconds clear of her nearest rivals in 60:56.

Russia’s Alexandra Razarnova had to be commended for her chase of the American and she was rewarded with the silver medal, as Lisa Peterer took bronze for Austria.