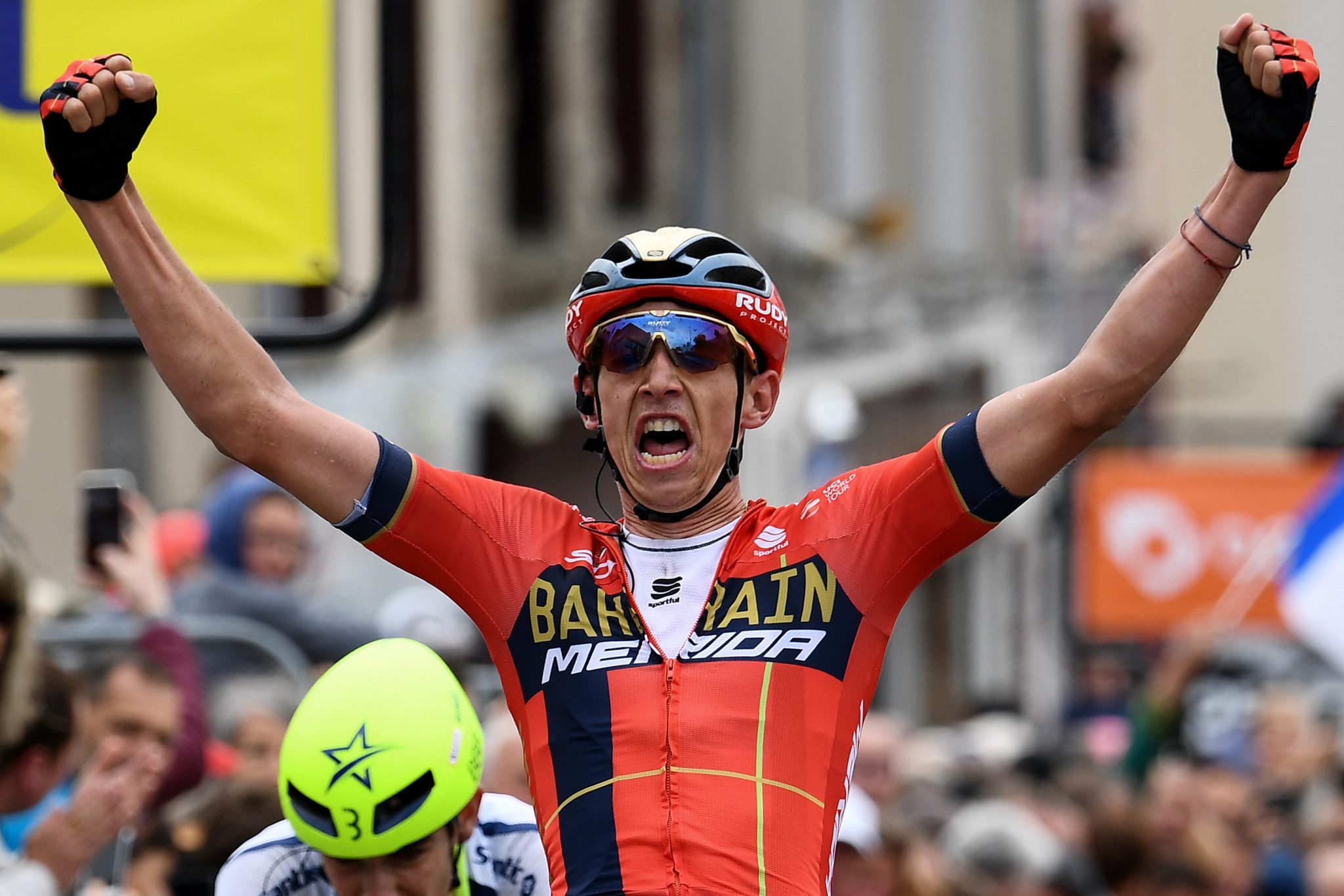 Just Teuns and Martin contested the uphill sprint after escaping the clutches of a breakaway group and it was Bahrain-Merida rider Teuns who crossed the line first to take the yellow jersey from Norway's Edvald Boasson Hagen.

As the rain lashed the 180 kilometres stage from Mauriac to Craponne-sur-Avon several riders, including Dimension Data rider Stephen Cummings and Nacer Bouhanni of Cofidis, were forced to abandon this International Cycling Union WorldTour event.

Teuns, who last won at the 2017 Arctic Race of Norway, admitted it was a dream come true to lead the Critérium.

"I've had to wait for almost two years to finally get a victory," he said.

"It’s also a very nice one.

"When the last breakaway riders got pulled back, I saw many guys were tired and I felt there was a possibility to do something and take my opportunity.

"In the last steep climb, I made a difference with Guillaume Martin who was a very good companion until the finish."

France's Rémi Cavagna joined them and as the stage moved onto the climb up the Côte de Moussages a breakaway contained 14 riders.

By the time they crested the Côte de Cheylade, the group – containing yellow jersey contenders Tom Dumoulin,of The Netherlands, and France's Julia- Alaphilippe – had amassed a lead of 1min 50sec over the peleton, as Britain's race favourite Chris Froome dealt with a flat tyre.

The triple winner of the Critérium had a quick tyre change and his Ineos team mates dragged him back to the pack.

Cavagna made a dash to ride away from the leading group with Alaphilippe, France's Benoit Cosnefroy, Norway's Carl Fredrik Hagen and Italy's Alessandro De Marchi in hot pursuit.

Dumoulin accelerated up the Côte de la Baraque with 52km to go but he could not escape and a with just 30km to go a group of 12 led the front group.

The category two climb up the Côte de St-Victor-sur-Arlanc beckoned and Teuns and Martin seized their opportunity to escape off the front.

They built an unassailable lead and it was left for Teuns to take the glory on the sprint into Craponne-sur-Avon in 4 hours 12min 41sec with Martin on the same time.

In the general classification Teun takes a three second lead on 7:37:03 over Martins into tomorrow's 177km stage three from Le Puy en Velay to Riom.