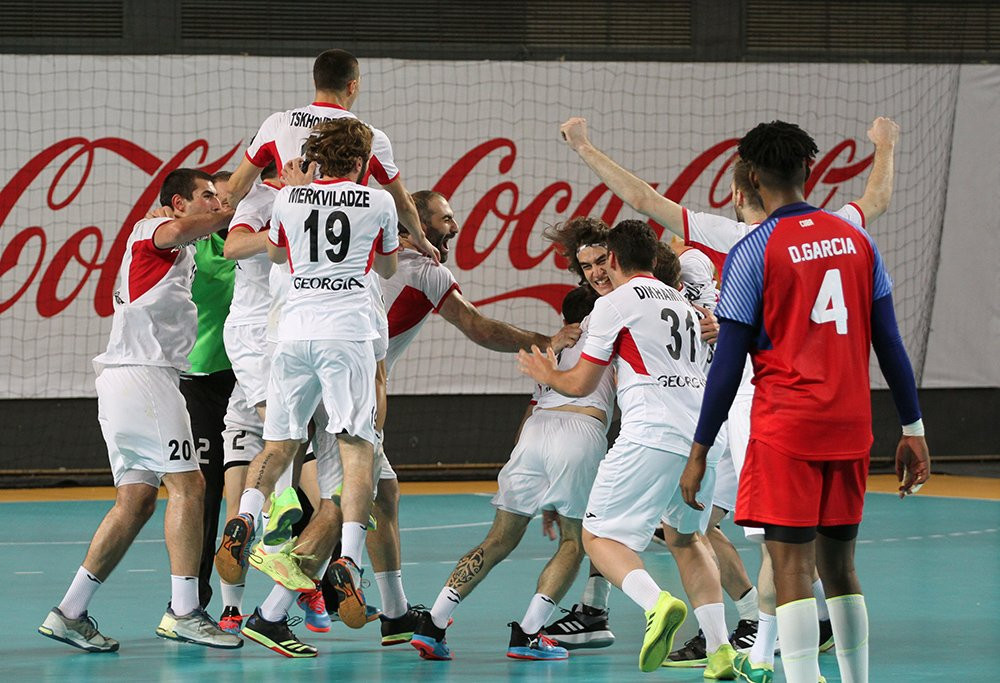 Both sides had won all six of their previous matches at the tournament, but the home nation always looked in control at Tbilisi Sports Palace today.

Georgia led 14-10 at halftime and extended their advantage in the following 30 minutes, Giorgi Tskhovrebadze top scoring with eight goals before being crowned the tournament's most valuable player.

Georgia are the second country to win the Emerging Nations Championship after the Faroe Islands won the first two editions in 2015 and 2017.

Bulgaria claimed the bronze medal with an impressive 47-31 victory over Britain.

In a high-scoring game, Bulgaria built a 26-17 advantage by halftime.

Bulgaria’s top scorer in the match, Georgi Atanasov, scored eight goals in the opening half and went on to record a final tally of 12.

Earlier, wild cards United States earned fifth place with an impressive win over China – who had been top seeds in their group – 35-27.

Malta are the recipients of the wooden spoon, suffering their seventh defeat of the competition 39-18 against Ireland in the 11th-place game.