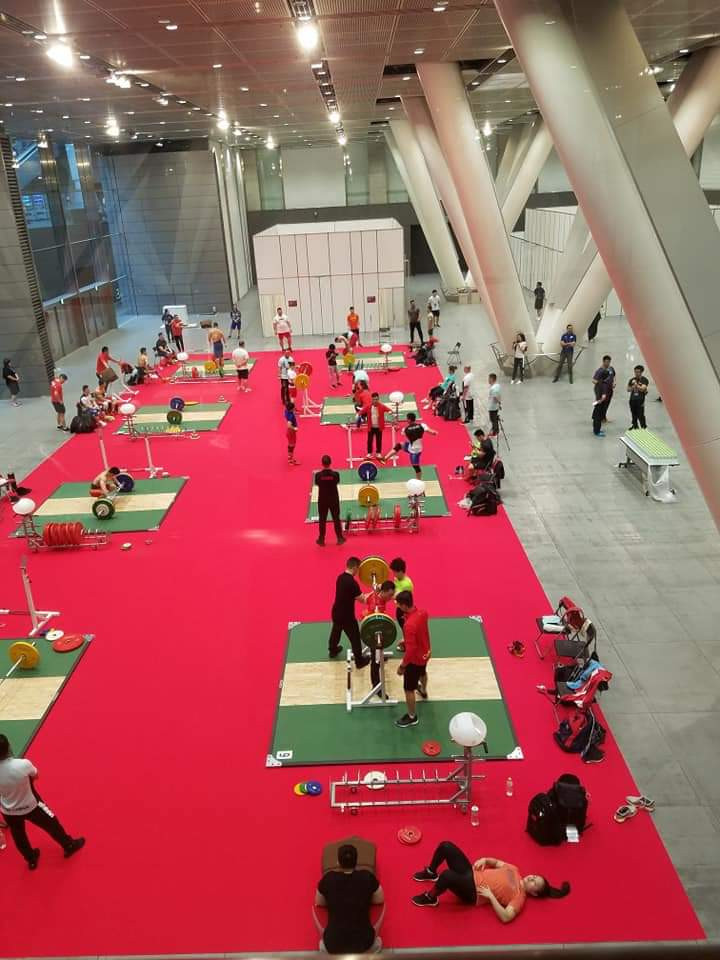 Tatiana Kashirina, Russia’s super-heavyweight world champion, faces one of the biggest tests of her career this weekend when she competes against two formidable Chinese opponents at the Ready Steady Tokyo Olympic test event.

Another of the sport’s biggest names, Ilya Ilyin, will attempt to revive his flagging hopes of qualifying for Tokyo 2020 when he lifts at the heaviest body weight in his 14 years of international competition, in the 109kg.

Kashirina and two of her team mates, double world champion Ruslan Albegov and Rodion Bochkov, all missed the Russian National Championships in Novosibirsk, Siberia to focus on the competition at the Tokyo International Forum, which carries Olympic qualifying points.

The fourth member of Russia’s heavyweight team in Tokyo, European 87kg champion Kseniia Paskhina, won her national title only a few days ago and will compete again at the weekend.

The women’s super-heavyweights ranked one, two and three in Olympic qualifying compete against each other in what should be the best quality contest in Tokyo: Kashirina, Meng Suping and Li Wenwen.

"We have prepared specially for this tournament, even missing the Russian Championships to get into good shape and to win against the Chinese," Russia’s head coach Gennady Anikanov told news agency RIA.

Anikanov predicted victory for Kashirina, which would "inflict a certain moral strike" against her Chinese rivals.

They have all defeated each other in recent competitions.

Meng finished ahead of Li and Kashirina at the IWF World Cup in Fuzhou in February – Kashirina’s first defeat in seven years.

Nineteen-year-old Li, who has never competed outside China, then took gold ahead of Meng at the Asian Championships in Ningbo in April, beating Kashirina’s snatch world record in the process.

Another absentee from the Russian Championships – which ended on Monday and which were attended by Antonio Urso, President of the European Weightlifting Federation, and Mohammed Jaloud, general secretary of the IWF – was Artem Okulov.

The 2015 and 2018 world champion has undergone knee surgery and will be recovering until August, so he is also expected to miss the IWF World Championships in September.

Okulov, who won the 89kg world title last November, is expected to return to competition at the Alexander Kurlovich Memorial in Belarus in November, probably at 96kg.

Two competitions run concurrently at the Forum, venue for weightlifting at next year’s Olympic Games, the Japan-China-Korea International Friendship Tournament that features 60 athletes, and the Olympic test event with an additional 13 from Russia, the United States, Kazakhstan, Belgium, Finland, France and Chinese Taipei.

At 64kg, victory looks a formality for Deng Wei, who is as strong a favourite as any for Olympic gold next year.

Among the men, world record holders Chen Lijun (67kg), Shi Zhiyong (73kg) and Li Dayin (81kg) all compete, as does the 34-year-old Lyu Xiaojun, world champion at 81kg and a gold and silver medallist at 77kg in the past two Olympic Games.

Ilyin has the second lowest entry total, 350kg, in a field of nine in the 109kg and faces the unusual prospect of finishing behind an American, Wes Kitts.

The Kazakhstani lifter, who was stripped of gold medals for doping at Beijing 2008 and London 2012 when samples were retested, is a long way short of his career-best numbers.

Kazakhstan can send only one male lifter to Tokyo 2020 and Ilyin, 31, is currently 11th-best in his nation’s all-weights list in qualifying.

For the host nation, the popular Hiromi Miyake is sure of strong support as she continues preparations for her fifth straight Olympic Games.

Other contenders from Japan, which is guaranteed six places in Tokyo next year, include Mikiko Andoh (59kg), Namika Matsumoto (64kg) and the top-ranked male Yoichi Itokazu (61kg).