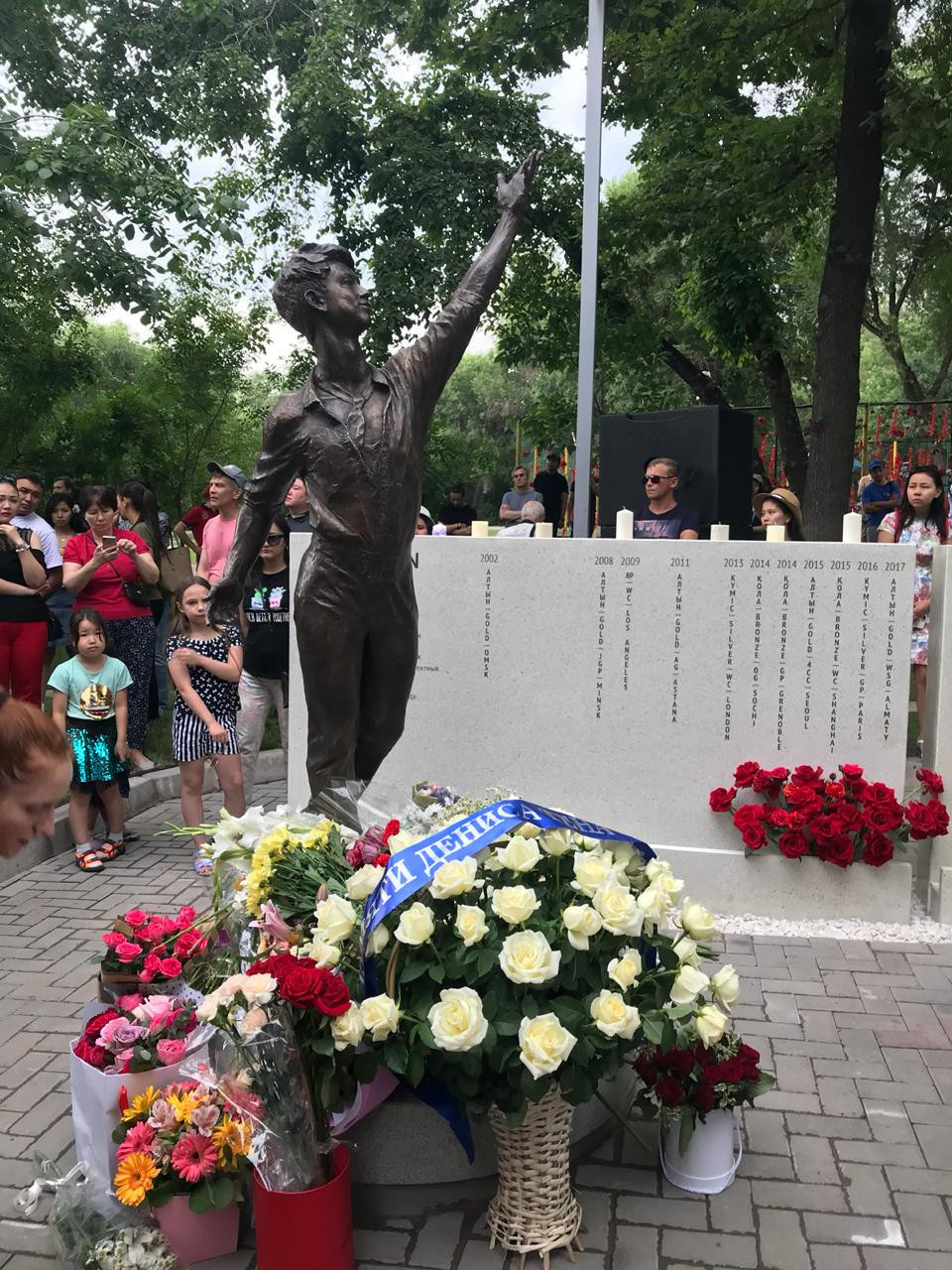 A memorial has been unveiled in Almaty for Kazakhstan's figure skater Denis Ten, who died after a knife attack in the city on July 19 last year.

Ten, the first and so far only athlete from Kazakhstan to win a winter Olympic figure skating medal, was stabbed in the thigh as he tried to prevent two robbers from stealing his car mirrors.

He was rushed to hospital for surgery but was pronounced dead three hours later, having reportedly lost three litres of blood from a ruptured femoral artery.

In January this year two men were sentenced to 18 years in a penal colony for his murder.

Among the hundreds present at the ceremony on the intersection of Kurmangazy and Baiseitov Streets were Olympic boxing champion Yermakhan Ibraimov and Almaty’s deputy mayor Arman Kyrykbaev.

The ceremony began with a song Ten had written himself called "She Won’t Be Mine".

Friends later read some of the poems he had written before releasing balloons into the sky.

Lines from the 25-year-old's poems were also incorporated into the memorial along with significant dates from his skating career.

The figure of Ten was created by Saint Petersburg sculptor Ilya Makushkin.

On July 20, the Almaty Arena will host an ice show dedicated to his memory involving a host of famous athletes and coaches.

He won the bronze medal at the Sochi 2014 Winter Olympics as well as two World Championship medals.