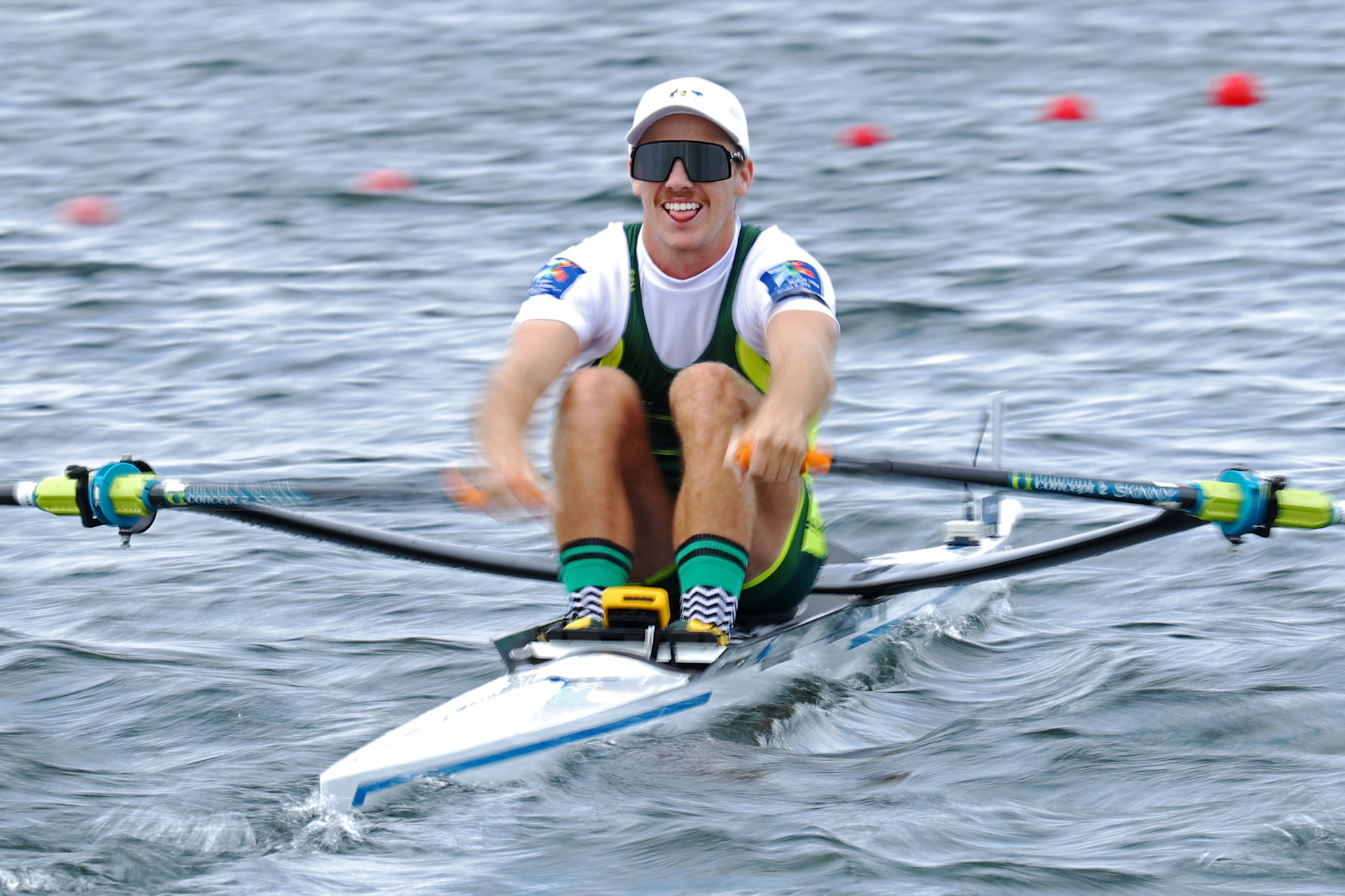 There was double medal delight for Australia in the lightweight single sculls at the World Rowing Cup in Rotterdam today.

“I had to be careful at the start but at 400 metres I locked eyes with Gary and pushed hard,” said Murphy.

“This is all a bit unexpected.

“Coming into the World Rowing Cups, I would have been happy with just competing in A finals.”

Yesterday, due to poor conditions, heats had to be raced as time trials on the Willem-Alexander Baan course but today matters returned to the usual six-lane format.

In the women’s single sculls, Nesbitt took the lead midway through the race but Britain’s Imogen Grant proved too strong in clocking 8:43.590, with Germany’s Marie-Louise Draeger taking bronze.

New Zealand’s Tom Murray and Michael Brake had recorded the fastest qualifying time in the men’s pair semi-finals but finished third in the final.

Action is due to continue in Rotterdam tomorrow.