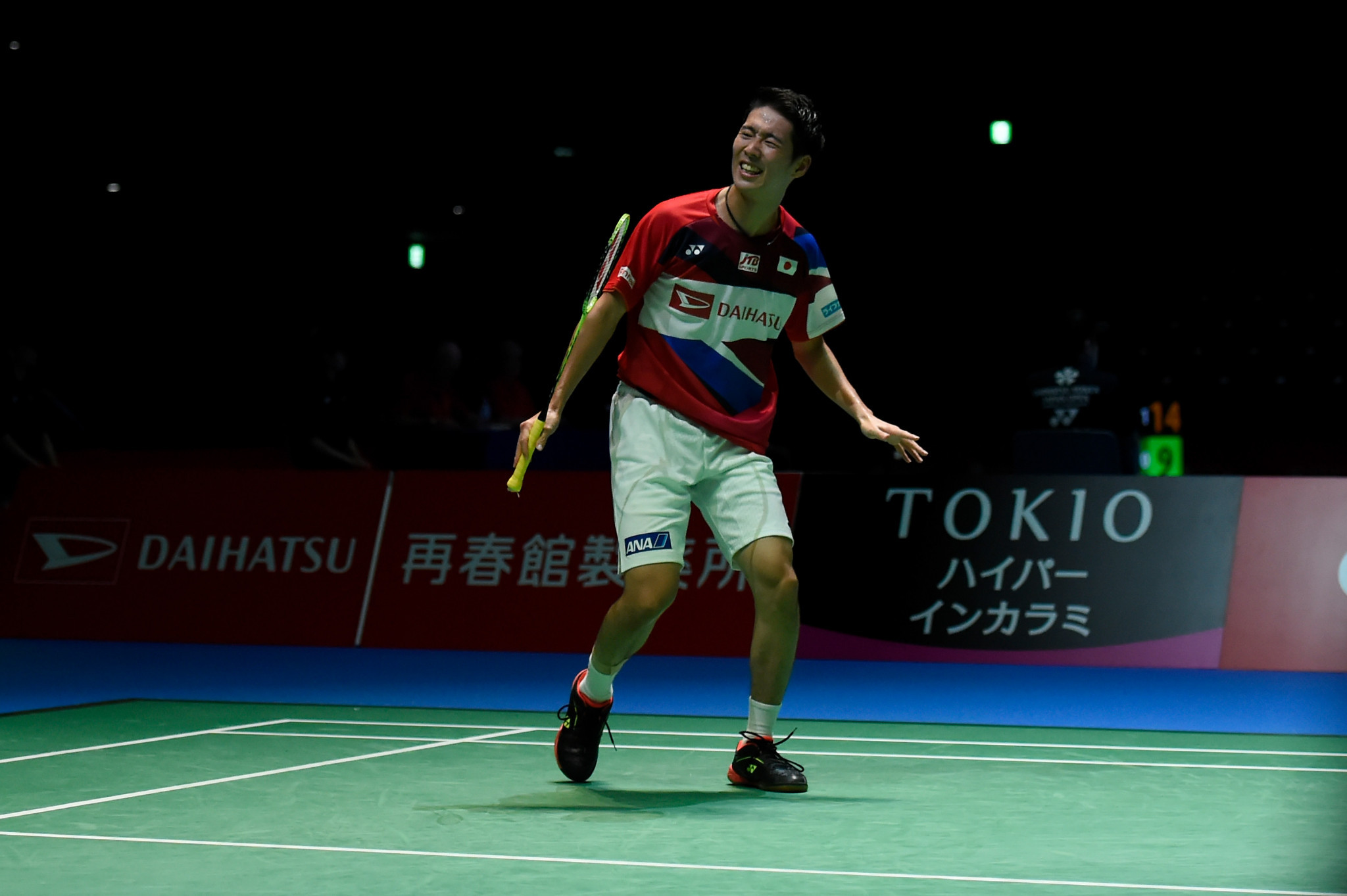 Reigning Olympic champion Chen Long was knocked out in round one of the Badminton World Federation (BWF) Japan Open, which this year is doubling as a Tokyo 2020 test event.

The Chinese fifth seed was beaten by Kanta Tsuneyama of the host nation who triumphed 21-14, 21-17 in front of his home fans.

All of the matches at the event, a Super 750 competition on the BWF World Tour, are taking place at the Musashino Forest Sports Plaza venue which will host next year's Olympic tournament.

There was more joy for Japan in the men's draw as reigning world champion and world number one Kento Momota also booked his place in round two.

Momota, who became the first home winner of the men's event last year, was forced to miss the Rio 2016 Olympics as he was serving a ban for illegal gambling.

With second seed Shi Yuqi of China and third seed Viktor Axelsen of Denmark both withdrawing from the tournament through injury, Chinese Taipei's fourth seed Chou Tien-chen could be Momota's nearest challenger.

Chou won the Indonesia Open, a Super 1000 event, on Sunday (July 21) and will begin his tournament tomorrow in the bottom half of the draw.

Anthony Sinisuka Ginting of Indonesia was among other winners today with the seventh seed beating Lu Guangzu of China 22-20, 21-16.

Thailand's 2013 world champion Ratchanok Intanon, the seventh seed, was knocked out as Kim Ga-eun of South Korea claimed a 21-15, 21-13 win.

Second seed Chen Yufei of China and Japan's fourth seed Akane Yamaguchi, the champion in Indonesia, are among the players who will begin their tournaments in the lower half of the draw tomorrow.

Spain's reigning Olympic and world champion Carolina Marin has won the last two Japan Opens but is not competing after rupturing her cruciate ligament in January.

All of the Olympic test events are being held under the "Ready Steady Tokyo" banner with competitions in weightlifting, archery, surfing and road cycling having taken place so far.

The badminton will conclude on Sunday (July 28) with finals across the singles and doubles events.